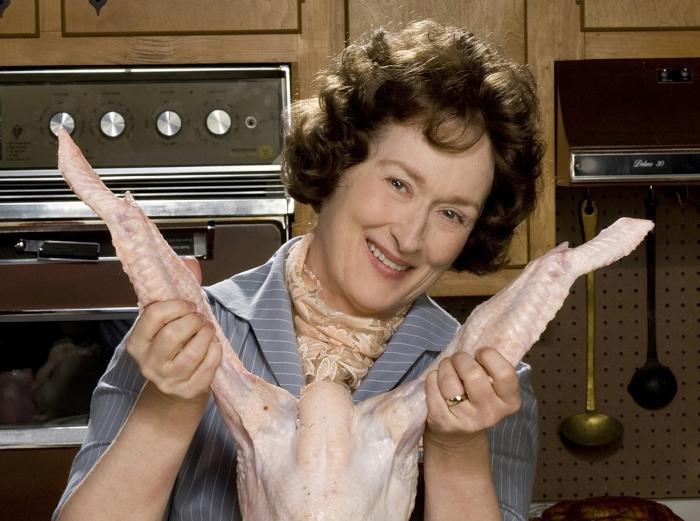 Looking for something funny, sweet, and life-affirming to watch from the comfort of your couch? We’ve got you covered with some fantastic films currently streaming on Netflix.

Swiss Army Man (2016)
This R-rated comedy is deeply, unapologetically weird and gross, but absolutely hilarious and life-affirming…even though its about a corpse. Paul Dano stars as a desperate man lost on a desert island who finds his salvation in a reanimated corpse (Daniel Radcliffe) who proves a handy tool for survival on many fronts, including escape jetski powered on farts. I know. I promise you, this love letter to weirdos is deeply sweet.
Watch here.

The Croods (2013)
This is one of my favorite undersung animated features. Once their cozy cave is destroyed, a family of neanderthals is forced to forage for a new home, throwing them into the wilds of a world wonderous and dangerous! Nicolas Cage, Ryan Reynolds, Emma Stone, Catherine Keener, Clark Duke, and Cloris Leachman lend their voices.
Watch here.

The Edge of Seventeen (2016)
This terrific R-rated teen comedy has drawn positive comparisons to such classics as Fast Times At Ridgemont High, Clueless, Mean Girls, Juno, Ten Things I Hate About You, and The Breakfast Club. Hailee Steinfeld stars as a flustered high schooler who’s struggling with sexting, friendships, and self-love. Thankfully, she’s got Woody Harrelson as a tough-love teacher to guide her through the hilarious hellscape of teendom. Haley Lu Richardson, Blake Jenner and Kyra Sedgwick co-star.
Watch here.

Lu Over The Wall (2018)
Yearning for something fantastical and family-friendly? Check out this odd but enchanting mermaid tale out of Japan (with English overdub) about a seaside town that’s lost its connection with its underwater neighbors. If you love the works of Hayao Miyazaki, you’ll appreciate this colorful cartoon that’s clearly inspired by him. Bonus: there’s a merpuppy!
Watch here.

Fyre: The Greatest Party That Never Happened (2019)
This documentary is feel-good in that schadenfreude vein, as it explores the absolute disaster that was the Fyre Festival. Want to eat the rich? Indulge your class-based frustration with a doc that exposes the insane amounts they spent to cozy up to models on a drug dealer’s infamous island retreat only to be served camping accommodations and the saddest cheese sandwich Twitter has ever seen.
Watch here.

To Wong Foo, Thanks For Everything, Julie Newmar (1995)
This queer classic stars Wesley Snipes, Patrick Swayze, and John Leguizamo as three drag queens on a cross-country adventure. It seems their goals of glamor may be thwarted by a pitstop in a dusty little town. But Noxeema Jackson, Miss Vida Boheme, and Chi-Chi Rodriguez bring the party wherever they go, inspiring a slew of downtrodden women to dream of more and demand the respect a diva deserves! Blythe Danner, Stockard Channing, Alice Drummond, and Jennifer Milmore co-star.
Watch here.

Julie & Julia (2009)
Queen of feel-good female-centered stories, Nora Ephron, directs this enchanting double-whammy inspired by Julie Powell’s memoir. One arc follows Julie (Amy Adams) as she learns to write, cook, and love herself by working her way through Julia Child’s iconic cookbook. The other follows Julia (Meryl Streep) as she finds her passion for food and fights to share it with the whole wide world, with a healthy dollop of butter and whimsy. Stanley Tucci and Chris Messina are hot, co-star.
Watch here.

Goon (2011)
This indie gem isn’t for everyone. For one thing, it’s proudly profane, boasting more four-letter words than a hockey fan’s rant against their team’s ruthless rivals. Second, it’s bursting with blood as it centers on the stranger-than-fiction true story of minor-league hockey player Doug Smith, known more for his furious fists than his speeding skates. Still, this is a profoundly sweet and raucously funny R-rated comedy that will have you laughing so hard your face will hurt! Seann William Scott stars as the big-hearted but quick-tempered “goon.” Jay Baruchel, Alison Pill, Liev Schreiber, and Eugene Levy co-star.
Watch here.

← Dream Casting 'Tiger King' Who Should Play Joe Exotic and Carole Baskin? | Review: The Horrors of Suburbia in 'Vivarium' are Inconsistent but Linger in Unexpected Ways →