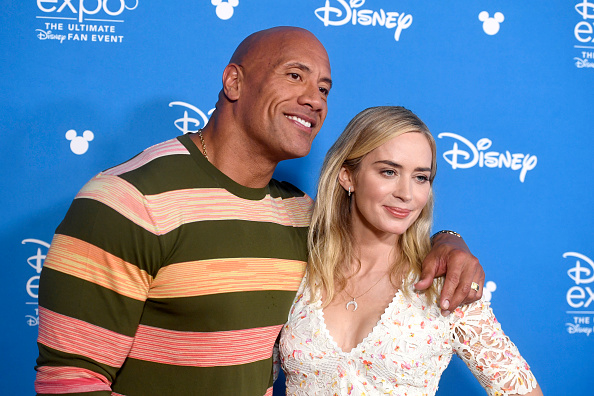 It was such a pleasure to see the chemistry between Emily Blunt and Dwayne Johnson, wasn’t it?. In the publicity tour, of course, I have no interest in watching Jungle Cruise. If I wanted to watch a CGI jungle, I’d watch Avatar. Happily, they have just announced a new project that might actually be worth a damn: Blunt, through Johnson’s Seven Bucks production company, will star in a movie about American detective Kate Warne, who is said to be the first female detective by unverified sources. She probably wasn’t, but that’s not what makes her remarkable. Born in 1833, according to most records, she joined the Pinkerton Detective Agency in the 1850s. She became one of their most valuable assets, easily infiltrating social circles, both high and low. After all, who would’ve suspected a young woman back then? She was key in exposing the infamous Baltimore Plot to kill Abraham Lincoln.

I love everything about this project. There are so many amazing, unsung historical figures who deserve to be represented in media, instead of yet another movie or series about Elizabeth I or Winston Churchill. Also, this movie shows how, slowly but surely, Hollywood’s ageism is being phased out. Kate Warne begun her career at age 23, dying much too young at 35. Merely ten years ago, an actress of Emily Blunt’s age, who is only 38, would’ve been considered too old by f*ckwit studio execs.

This project is also a great window into the origins of law enforcement in the USA. I have heard very little about this Pinkerton Detective agency, but I am sure they have a fascinating history. Hold up, let me do some a quick Wiki search…

JEEZ, WHAT IN THE GIRLBOSS, CLASS ENEMY F**K? THE PINKERTON’S WERE UNION BUSTERS AND MUSCLE FOR HIRE FOR US CAPITALISTS? WHY WOULD YOU EVEN PORTRAY THEM AS HEROES? Who bought the rights for this by the way? OF COURSE IT WAS AMAZON!

Let’s be fair though. Kate Warne worked for the Pinkerton Agency way before they gained their current fame. In fact, the story of the agency’s founder, Allan Pinkerton, is just as interesting as hers. The guy was a full-on abolitionist, using the agency’s resources to help the Underground Railroad, and hired Black people as agents. Moreover, the Pinkerton Agency only went all-in on union-busting around the time of its founder’s decline and death, as his sons took over. I guess they were pioneers in something: corporations appropriating social justice movements and boasting about diversity in order to whitewash capitalism. This would all make for a riveting series.

But when it comes to this movie, yeah, most likely, they won’t go beyond the fun romp and anachronistic, anvilicious speeches about gender and/or race equality. It will make for some awkward end credits text, you know the ones, those that explain what happened after the movie. They are the equivalent, for historically based movies, of those PSAs at the end of 80s cartoons. Will they dare mention what the Pinkerton Agency became? Or will they stick to a “they were key in the foundation of the FBI and CIA”?

Oh crap, does this mean that there will be movies about female Blackwater operatives 160 years into the future?

For more about Kate Warne and the Pinkerton Agency, check these videos: