Sorry, dog lovers, but one bad b*tch is coming to break your hearts. Emma Stone is now in production on Cruella, a live-action prequel to the 1961 animated classic 101 Dalmations. During D23, Disney unveiled the much-anticipated first look at Stone gone de Vil. And despite early naysayers, this look did not disappoint. 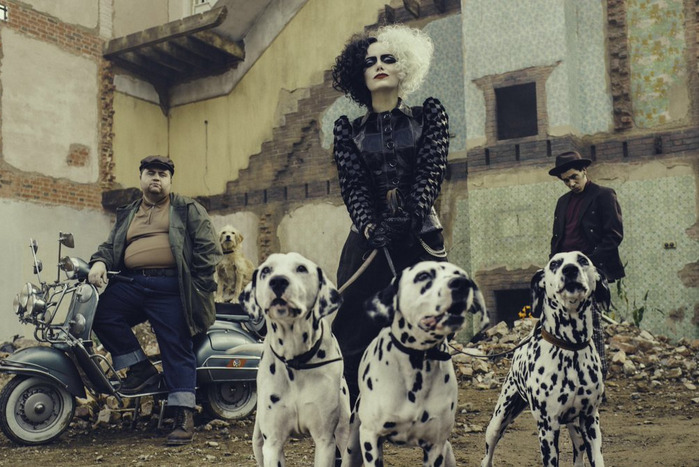 Here’s what Twitter users had to say about Disney’s latest villainess:

I’m not even going to pretend I don’t love every bit of this. #CruelladeVil pic.twitter.com/KJyJUdWLCF

does anyone else look at the new cruella de vil picture and see what i see? pic.twitter.com/lqqDTKmw49

Cruella de Vil looking like she about to drop the most 🔥 album of the year! #D23Expo pic.twitter.com/F51INlBSMJ

Just freaking myself out, thinking about if Cruella De Vil was young, and kinda twisted. And listened to The Clash

While there was plenty of praise, some say how very dare Stone think she can compare to Glenn Close’s diva de Vil from Disney’s 1996 live-action adaption.

i got no beef with emma stone but she got no business being cruella de vil. please …glenn close’s cruella was my gay awakening and also the reason i’m a whore for female villains with no need or want for redemption

i, for the first time in my life, have lost pic.twitter.com/VPDYYX8TJQ

What are your thoughts on #EmmaStone playing #CruelladeVil? I like Stone and I know she can do an British accent but…. we already got a live-action 101D, and #GlennClose was perfect! Plus, I always imagined Cruella as an older woman pic.twitter.com/pvRdP897B6

I get the affection for Close’s campy Cruella, but Stone and company—which includes co-stars Joel Fry, Walter Hauser, and Pajiba 10 member Emma Thompson—have something very different in-store. Cruella will unveil the origin story of the villainess so bad she has her own theme song. However, it has a script penned in part by Crazy Ex-Girlfriend’s Aline Brosh McKenna, and Craig Gillespie (I, Tonya) at the helm. So we suspect this will be a more empathetic angle on this notorious dame, in the vein of 2014’s Maleficent. And that’s not all. According to Stone, who appeared via video to D23, “It’s 1970 and set in London, and it’s punk rock.”

What does “punk rock” mean when we’re talking Disney? We’ll find out when Cruella hits theaters May 28, 2021.