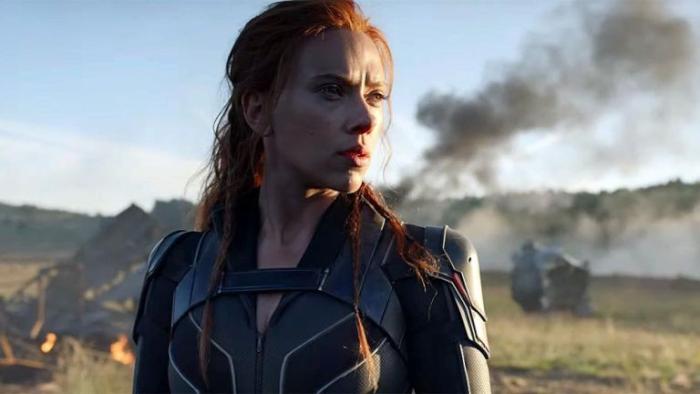 Disney Drops Releases For 'Black Widow,' 'Cruella,' 'Luca' And More, Plus: What's Up With 'Death On The Nile'?

Disney has shaken up the summer with an announcement of their upcoming release slate, some of which is coming only to Disney+. This is good news for parents with kids aching for something exciting to watch, less good for theaters hurting to get people back to buying tickets.

Cruella: coming to theaters and Disney+, via Premier Access, on May 28.

Luca: coming to Disney+ beginning Friday on June 18, with no additional charge.

Black Widow: coming to theaters and Disney+, via Premier Access, on July 9.

The long-awaited MCU prequel and the live-action 101 Dalmatians prequel will follow in the footsteps of Raya and the Last Dragon with this day and date plan, which means families who want to watch the movies at home will have to pay a rental fee. Meanwhile, Pixar’s Luca will follow in Soul’s path, coming exclusively to Disney+ within the cost of membership. No domestic theatrical release is planned for the fish-out-of-water adventure (that happens to be hitting during Pride month). However, overseas, where Disney+ is not yet available, theatrical plans are in the works.

Coming to theaters in the US are:

This schedule suggests Disney execs expect movie theater attendance will be on track by the end of summer, which is heartening for theaters and movie fans.

While most of these movies have been pushed because of the pandemic, Death on the Nile has been a cursed production. It was originally slated to open in November of 2019. Then Fox pushed it to December 20, 2019. Then to October 23, 2020. Then the pandemic came, and it was optimistically pushed to December 18, 2020. Next, it was announced for September 17, 2021. Now, Disney (having bought Fox) is saying February 11, 2022. But there’s one more potential problem for this Agatha Christie adaptation. It has Armie Hammer among its star-stuffed cast.

With allegations of sexual misconduct and assault, Hammer has been dropped from a string of projects of late. Could this mean that Death on the Nile’s latest LONG push means Kenneth Branagh’s next Poirot pic is going to pull an Army of the Dead, and recast and reshoot the problematic man?

For now, your speculation is as good as ours.

Which movie are you most looking forward to? Are you ready to go back to theaters this summer?

A previous version of this article had Cruella’s last listed incorrectly. That has been revised. Apologies for the confusion.