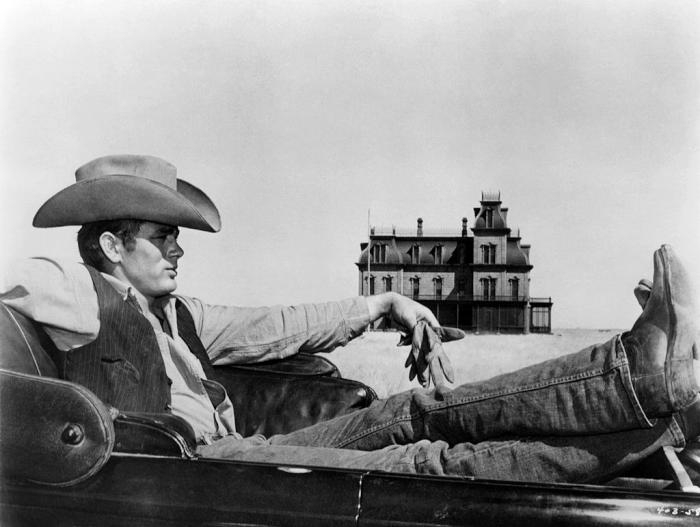 The ceaseless warring of Film Twitter briefly came to an end and all forces of cinematic fury united in shock and condemnation when it was revealed that a new movie planned to ‘cast’ James Dean as its lead, bringing him back from the dead via CGI. Finding Jack, a Vietnam war drama about a soldier and his favorite dog — yes, this is what they’re bringing the legendary icon of teen rebellion back from the dead for — is the first project off directors Anton Ernst and Tati Golykh.

Dean’s image is licensed via his living relatives, as represented by CMG Worldwide, who represent a whole host of dead celebrities for lucrative branding opportunities. As noted by The Hollywood Reporter, ‘Dean’s name and likeness has been used in several advertising and merchandise campaigns over the years, including those of Dolce & Gabbana, Allure Eyewear, H&M and Jose Cuervo.’ The estate has been ‘supportive’ of this, probably because it pays well and f*ck whatever Dean himself would have wanted, right?

In response to the backlash of this news, which inspired responses from people like Chris Evans, Anton Ernst said he was ‘saddened’ and ‘confused’ by criticisms because they ‘don’t really understand it. We never intended for this to be a marketing gimmick.’

He added that he and his co-director auditioned live actors — how generous of them — but couldn’t find anyone to match Dean, who famously only starred in three films. They said, ‘We searched high and low for the perfect character to portray the role of Rogan, which has some extreme complex character arcs, and after months of research, we decided on James Dean.’

How many times can I sarcastically say ‘Uh huh, sure’ before my voice wears out?

Ernst claims they’ve had ‘positive feedback’ on this ‘casting’ from those in the industry, which may be true on some level. This sort of ghoulish reconstruction of the dead for cinematic and marketing purposes is nothing new, be it through Audrey Hepburn selling chocolate or Peter Cushing appearing in Rogue One, dead eyes and all. The conundrum it presents for actors and their estates is a tricky one. Even a decade ago, it would have been rare for an actor to stipulate in their will or contract that they forbade use of their image after death. Now, we can probably expect it to be commonplace, especially as de-aging tech gets more sophisticated and effects studios probably have databases packed with full body and face scans of Hollywood’s best and brightest. Zelda Williams, daughter of Robin, noted how her family secured measures to ensure this never happened to her dad.

No, but they can ‘buy it’ from your family or estate. We had it secured for Dad that no one would be ‘resurrecting’ him for a bad facsimile. I personally think we should let the great performers of the past rest. They took their bows themselves. https://t.co/ZJrWfYVtlU

James Dean was an actor of immense presence, whose image has endured long after his death in 1955, but it was his acting that made him legendary. He is still the only actor to have two posthumous Oscar nominations. Before he died, he was set to star in Robert Wise’s drama Somebody Up There Likes Me in the lead role as middleweight boxing legend Rocky Graziano. That role eventually went to Paul Newman. Part of why Dean’s legend has stuck around all these decades, far outliving the man himself, is because we are obsessed with the lost potential. We dream of the roles he could have played, the awards he would have won, and the trail he should have blazed for future generations. Call me presumptuous but I’m going to assume that Dean, a man who was sought after by the biggest directors in Hollywood and picked his roles very carefully, would not be wild about his image being CGI-d onto a nameless actor’s body, his voice done by a stranger, all in the name of a sappy sad dog movie made by two unknowns in conjunction with a branding company.