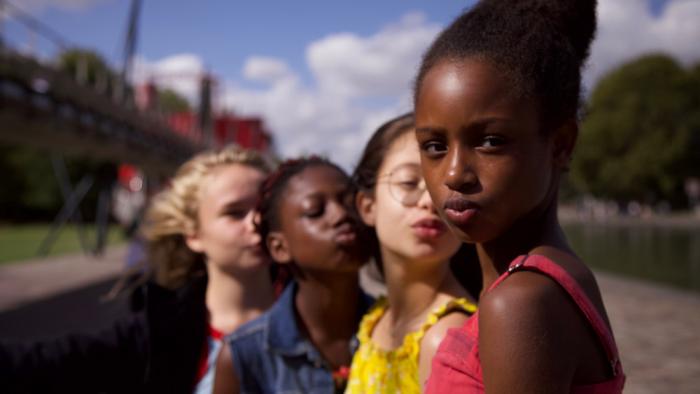 Last week, we broke down the complicated controversy around Netflix’s upcoming Cuties. The French coming-of-age drama was accused of promoting pedophilia because of Netflix’s initial promo poster. QAnon stumpers jumped on this issue to push their conspiracy theories. Netflix faced backlash, petitions, and potential boycotts over the title. In the heat of all this, Maïmouna Doucouré, the French Senegalese filmmaker behind Cuties, deleted her social media accounts. Now, we know why: she was receiving death threats.

Speaking to Deadline, Doucouré said, “I received numerous attacks on my character from people who had not seen the film, who thought I was actually making a film that was apologetic about hyper-sexualization of children. I also received numerous death threats.”

The award-winning director revealed she’d had no part in the poster’s creation. She hadn’t even seen it ahead of its online debut.

“I hadn’t seen the poster until after I started getting all these reactions on social media, direct messages from people, attacks on me. I didn’t understand what was going on. That was when I went and saw what the poster looked like.”

Based in France, Doucouré had been focused on the theatrical release of Cuties (A.K.A. Mignonnes) there, which had been repeatedly delayed because of the pandemic. She was caught off-guard by the American outrage over the Netflix promotion, and told Deadline the poster is “not representative of the film and especially its message.”

Netflix subscribers will be able to see this for themselves when Cuties hits the streaming service next week.

As for Netflix, they’d made a public apology for the major marketing misstep, and co-CEO Ted Sarandos called Doucouré to personally apologize. The experience has not soured the writer/director on streaming distributors, as she declared, “Streamers are a great way to get my stories out and share my messages with more people.”

Cuties debuts on Netflix on September 9.