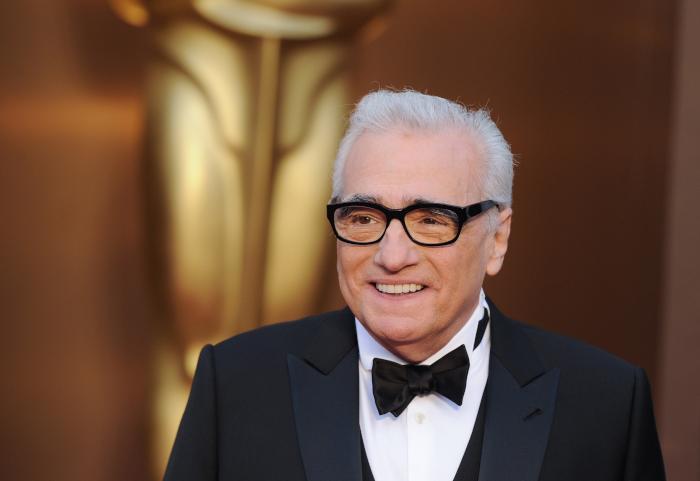 For a minute there I thought I had painted myself into a corner, as the internet is very particular of their own terminology, and I had my own notion of what “dad energy” means. But then I went the internet’s linguistic, all-encompassing junction, Urban Dictionary, and turns out my notion was correct. So, for the purposes of this study (this is not a study), we’ll consider dad energy as the vibe that men of a certain age who look and act precisely as society expects them they would, and they are absolutely fine about it. But at the same time, they are not hung up on toxic older man sh*t: They love their wives, they love being dads and support their children (even if they are lost in all the lingo) and they love being uncool, which in more ways than one, is quite cool. They have nothing to prove to anyone.

Is there a boomer out there with less to prove than Marty Scorsese, perhaps the most enduring representative of American film’s true Golden Age? With the exception of the Academy, in 1980, and in 1988, and 1990, and in 2004, and in 2011. Well, turns out the World’s foremost MCU skeptic has an Instagram account, and it’s the greatest thing ever.

It’s such a refreshing thing when you find deified artist such as Scorsese, or Anthony Hopkins, or legendary French actresses on social media, more so on Instagram. But it gets even better when it turns out the account is managed by the artist himself, not by a publicist. That makes Martin’s account so delightful. He posts exactly the kind of things you would expect from a dad and grandpa in his late 70s, formerly a college or school teacher. It just so happens that this is Martin Freaking Scorsese.

As I mentioned, men with dad energy are absolutely in love with their wives. Marty has been married to Helen Schermerhorn Morris since 1999, and she is regularly featured with adoring praise:

Another tenet of dad energy is a love for dogs. There are two kinds of dads: Those who were already dog lovers and those who once said “I don’t want a dog” and converted Saint Paul style in a matter of hours when meeting the new dog. The Scorsese household is no different, with a trio of terriers that match his eyebrow game:

Scorsese and Thelma Schoonmaker have redefined film editing for over 50 years. But an unsung hero of his films is the cinematography that is always on point, either by providing an immersive experience, like in Raging Bull, Hugo or Mean Streets, or by working as a subtle, almost “invisible” palette to the story, as in Goodfellas or The Departed. Well, none of that applies to the pictures, as they share all the classics of paternal cellphone photography: Cozy spaces that are underlit and overlit at the same time, blurred motion, gleamy eyes. An aesthetic.

Another classic from a dad’s Instagram are pictures with old friends and the archive. But this being Marty Forking Scorsese, his archives and his old friends happen to include:

And of course, you can’t have dad energy without being a proud dad. Francesca, Marty and Helen’s daughter (his youngest) is very likely the one we have to thank for encouraging his father to start this account:

She also gave us this gem of a trolling.

One thing we forget, though, is that perhaps dad energy isn’t just cool in its proud uncoolness. Perhaps dads like Marty are cool because they never ceased being cool, and Instagram provides a helpful historical lesson to us, disrespectful Millennial wankers:

One more with Marty in a Donut float:

← The Success, Failure, And Success of 'Lovecraft Country' | Welp, Matt Damon Talked Himself Into a World of Sh*t Again →