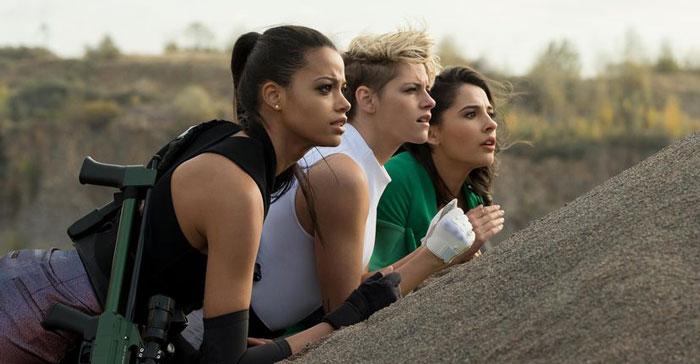 Starring opposite Naomi Scott and Ella Balinska, Kristen Stewart plays fast-talking Sabina Wilson, who relishes the rush of espionage, always has a smirk and a one-liner at the ready, and favors a fashion sense that is both aspirational and deeply hot, throwing the Kinsey scale of many a lady deeper into lesbian terrain.

Here she is kicking ass in kick-ass dresses.

Charlie’s Angels is now out on 4K Ultra HD, Blu-Ray, DVD, and digital.

← Dwayne Johnson and Emily Blunt Team Up For Adventure In Disney's 'Jungle Cruise' Trailer | As Fissures Open Up at Fox News Over Coronavirus, Tucker Carlson Provides the Voice of Reason →