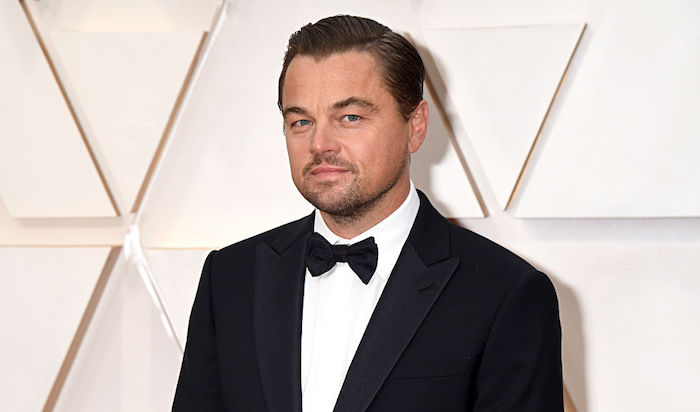 Can You Recognize Leonardo DiCaprio In His New Role? The New York Post Can't

Martin Scorsese is reteaming with Leonardo DiCaprio for Killers of the Flower Moon. Based on David Grann’s non-fiction book of the same name, the much-anticipated Western explores an investigation into the Reign of Terror, a series of murders that devastated the Osage Nation, following an oil find in the 1920s. Yesterday, DiCaprio dropped a first look of the film on Twitter, sharing a pic of himself and co-star Lily Gladstone.

The Osage News post that DiCaprio shared boasts the movie still above as well as details of how the photo depicts Osage tradition. We recommend clicking through to read Shannon Shaw Duty’s article in full. However, a highlight reveals clues that this must be a pivotal moment in the on-screen couple’s character arc:

A bowl of grape dumplings sits on the table in red Spode China. Grape dumplings are still made to this day and Osages still use red and blue Spode dishes for their ceremonial dinners and special occasions. It’s considered the finest dishes to use by many Osage women, young and old. Judging from the meal, the dishes and the blanket Gladstone is wearing, this was most likely an important dinner.

A slew of outlets ran the promo image, eager to report on the latest collaboration from the duo that brought us The Wolf of Wall Street, The Departed, Shutter Island, Gangs of New York, and The Aviator. However, The New York Post spurred a meme with their angle:

“Unrecognizable?” Why? How? What?

Nah I can see him: that’s him right there pic.twitter.com/PLW17lgCHZ

they really gave him a middle part and said new leo dropped https://t.co/vpi98jFc26

yall are clowning this like this man does not regularly walk around in a full disguise like it's still titanic opening weekend https://t.co/9OF2i8kjFj

The New York Post is unrecognizable in its new role. https://t.co/fGhBgqEBcj