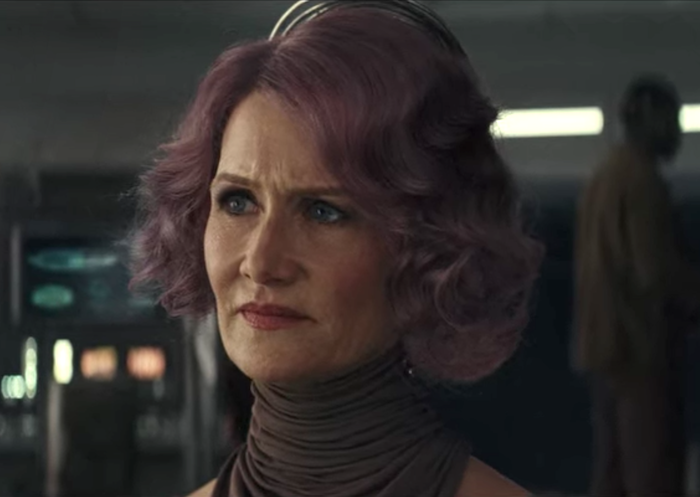 Can We Please Stop Bitching About The Last Jedi?

I consider myself a Star Wars fan, but I’m not considered a Star Wars fan. Let me explain. I like Star Wars. I’ve always liked Star Wars. Hell, in 4th grade (1994, for reference because that sh*t wasn’t cool back then) I used to check out “making of” Star Wars books from my elementary school library, almost continuously, and that, friends is how I found out that there were additional scenes with Biggs at Tosche Station.

However, because I’m a grown-ass adult, I don’t feel any ownership over a set of stories that while I enjoyed them a lot in my childhood, I had nothing to do with the creation of in my adulthood. For that reason, I’m not considered a Star Wars fan, because I don’t slime my will all over the property. I am merely a passive fan who watched the movies and plays that one game daily. (Shout out to Galaxy of Heroes, which is called my “tap tap” game within my friend group.)

I come to you today, humbly yet resolutely, with the following suggestion—we all need to stop bitching about The Last Jedi. Why? Because it’s a damn movie that was a fun, action-packed, Benicio Del Toro co-starring Space Adventure at best (which btw, is my take) or, at worst, a movie that you say killed your childhood but guess what? Anyone who says that, their childhood is already dead and it’s been that way for a while, bud. Rose Tico had nothing to do with that—time and the slow decay of age is who you can blame.

Granted, with the last of The Skywalker Saga (side note, when did it start being called that?! It most certainly wasn’t in the books I checked out in 1994), The Rise of Skywalker, being released this week I guess it’s only natural that once again people will want to relitigate a movie that was released 2 years ago, that just happened to have the most amount of supporting characters as women, with the most amount of lines for women, in any of the main Star Wars movies and I’m sure that had nothing to do with any of it, right? Which basically gets to the crux of the issue—the hate around this movie is so deeply, deeply toxic that even people who don’t feel that strongly about whether they liked The Last Jedi want to rise up (online, of course. Did I mention this all happens online?) and defend it against the f*cking people who see Star Wars as theirs and theirs alone. Star Wars is for everyone and these new movies are making it more inclusive and easier to say that.

“But..but..but…Kate!” you’ll sputter in equal parts anger and disbelief. “Mark Hamill and John Boyega have expressed their own struggles with the movie! Surely this is a chit in our favor?” Sure they did. They also still cashed that check and did their best job with the material they had, so what’s your point? Clearly, if they felt that this wasn’t a hill worth dying on because they wanted that franchise money, why do you want this to be your hill? Why do any of us?!

Then, there are other people who did like a Star War, and feel attacked by the dorks with their pitchforks and misogyny, who feel compelled for obvious reasons to defend the movie because if they don’t, the loudest (and only) voices in the conversation will be the same jackasses who ran Kelly Marie Tran off of social media, so horrific was their workplace harassment of a woman who was probably pretty excited to co-star with Princess Leia and a Wookiee.

There are non-misogynist non-dorks who also didn’t like a Star War and probably didn’t treat it like Kathleen Kennedy built herself a time machine and went back to their childhood bedroom and just smeared sh*t all over the walls. There’s room for all of us in this crazy mixed-up world of ours. Including the people who liked it, but don’t feel the need to defend it or explain why. I could spend eternity breaking down the swaths of people who saw TLJ and had some kind of reaction to it, and one day I will, because I really don’t value my time that much.

The point is—I can’t remember a movie in recent history that has inspired this much circular discourse. I mean, 2 months on, no one is talking about Joker anymore (and battle lines were drawn on that movie, my friends) and yet it is a rare week that something The Last Jedi-related doesn’t pop up on my timeline, or in my newsfeed, or on the recent press circuit for the new movie. It is time to let this movie rest. Perhaps we will be blessed that an intergalactic orgy breaks out in The Rise of Skywalker so that we all have something to rally behind, but I don’t think we’ll be so lucky. So, please, I implore you—can we all stop bitching about The Last Jedi and move on?

← Today's Moment of Zen: Chris Evans Practicing The Elevator Fight From 'Winter Soldier' | Here Are the Identities of All the S2 'The Masked Singer' Celebrities, Including the Winner →