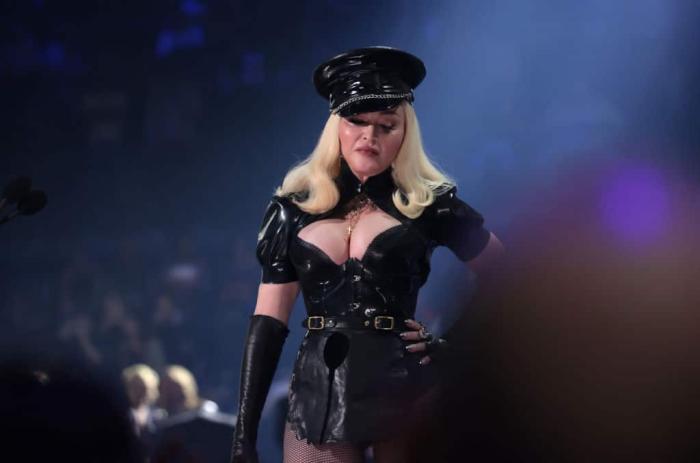 B*tch, Who’s Madonna? The Hype and the Reality of the Upcoming Madonna Biopic

We do love a biopic, don’t we? Few things seem to get the entertainment presses as ruled up as the prospect of a major celebrity getting to play an even more important (and typically dead) celebrity. One can practically smell the Oscar buzz from ten miles away. It’s such a cliché of awards baiting pop culture that makes even the musicals and ‘white people fix racism’ genres flinch. But hey, it works, right? There’s a reason three of the five Best Actress nominees this year are playing real people and it’s not necessarily because those performances were unimpeachable (no offense, Nicole Kidman.) Now, the biopic buzz has returned and it’s surrounding a figure of the pop culture zeitgeist who is very much alive.

After many years of rumors, work is moving forward on a biopic dedicated to the queen of pop, Madonna. Erin Cressida Wilson, screenwriter on The Girl on the Train, is on script duties, taking over from Diablo Cody, and the film will be directed by … Madonna herself. This won’t be her first time as a feature filmmaker but it is exceedingly rare to see the subject of a film make it themselves. As for who will play Ms. Ciccone, according to The Hollywood Reporter, a variety of actresses are working their butts off to land the part. Casting director Carmen Cuba is running the search, with the list of possible Madges including Julia Garner, Florence Pugh, Alexa Demie, Odessa Young, and Bebe Rexha. Sources claim that hopefuls have been participating in day-long sessions of choreography as well as readings with Madonna herself.

It’s not hard to see what would draw the likes of Garner, Pugh, and company, all talented women with buzz and some awards to their names, to a Madonna film. Her story is truly astounding, even when you separate the truth from the musician’s own lavish myth-making. It is said that the film will climax with the Blonde Ambition tour, which is perhaps the ultimate zenith of her career and status as the most famous woman on the planet at the time. Imagine being part of a narrative that includes bit parts ranging from Keith Haring to Basquiat, Debi Mazar, Sean Penn, Warren Beatty, Prince, and David Fincher, to name but a few of the megastars in her radar. There is certainly a fascinating story to be told about the highly ambitious dancer who rose to the top of the world thanks to a savvy understanding of celebrity, iconography, and subversion of the status quo.

If only anyone other than Madonna was making it.

I love Madonna. She’s one of my all-time favorite musicians. Ray of Light is a perfect album. I could wax lyrical for hours about the ways she helped to change the celebrity game and remained at the forefront of the cultural wave for decades. None of my criticisms here are about Madonna’s music or personal life. It’s just a fact that she is an extremely bad director. I’m a Madonna fangirl and even I have to admit that the two features she made, Filth and Wisdom and W/E, are two of the worst movies I have ever seen. The latter is up there with Suicide Squad in terms of inexplicable technical ineptitude. Even then, at least David Ayer’s trash-fire didn’t include a scene where the protagonist tries to claim that a pair of Nazi fans were smeared by the press and totally never hung out with them (they totally did.)

Madonna is a truly fascinating bad director. Her work is of unrelenting vanity in a way that we simply don’t see in the current era of studio monopolies and identical stylistic guidebooks. These films weren’t pitched as blockbusters but rather pure Art: one a scrappy indie film about messy young dreamers living in London, and the other a sumptuous biopic about Wallis Simpson, the woman who shook the British monarchy to its core by falling for the king. Madonna herself described making Filth and Wisdom as her own personal film school, a chance for her to figure out what she was doing on-set through creation rather than academia. I’m not sure she learned much. In both films, the blocking is atrocious, the dialogue perfunctory and witless, the themes shallow, and the editing sloppy. Even the most talented of actors are left to flounder with this lack of structure.

And then there are the moments of blatant historical rewriting. In W/E, a lot of time is spent trying to push the provably false notion that Edward and Wallis were never close to the Nazis and that their sympathies for them were press propaganda. Actually, Madonna wants us to know, Edward wanted to stop the war and would do anything to prevent it. Honey, there are photographs of the pair hanging out with Nazis. You can google them! She’s so desperate to push this notion of the greatest love story of all time that she descends into propaganda. It’s kind of fascinating how someone who one would imagine to be seriously attuned to the distorting powers of fame and the gap between the myth and the truth could misunderstand this quandary. It doesn’t make you hopeful for how she’ll tell her own story.

We’re seeing a lot of hype for this film yet overlooking a key detail that only comes up in the Hollywood Reporter piece in its final paragraph: the film has not yet been greenlit by a studio. They’re most likely waiting for a final script, budget details, and an attached star before giving the go-ahead. So, why all of these news stories now before it’s even been confirmed? Movies get killed off all the time and this on could face a similar fate. I think we’re seeing this star search narrative formed now because Madonna and company want to make sure that audience enthusiasm surrounding both herself and a lot of fandom-beloved young actresses will bolster her efforts with the studio. Bigging up the idea that you’re looking at thousands of actresses to find just the right one for the part is PR gold. It worked for Scarlett O’Hara, it worked for Evita, and it worked for Lisbeth Salander. It’s not a completely accurate parallel to make given that the two frontrunners to play Madonna are an Oscar nominee and an Emmy winner, but the basic pattern is the same.

Madonna explained that she wanted to write and direct her own biopic because she was put off by prior efforts to tell her story done by men who maligned or didn’t understand her story. It’s understandable, especially for a celebrity whose tight control over her image is partly what made her such a big deal. Of course, this attitude overlooks the fact that the vast majority of modern musical biopics are made with the approval and heavy involvement of the subjects. It’s rare to see the alternative, which is why we’re so overwhelmed by bland, cliché-ridden stories of rags-to-riches that don’t dig into the star’s difficulties because doing so would mire their image and ability to sell more records. Just look at Bohemian Rhapsody, a train-wreck of egos and score settling that treated Freddie Mercury’s story as something to gloss over or outright lie about. Maybe Madonna wants to give a warts-and-all expose of her life and doesn’t trust a studio hack to do it? I doubt it. I feel like her story is too interesting to be told by anyone accurately, Madonna included. But hey, at least we’ll get some cool dance sequences out of it.


← Eileen Gu Is a Teenager, Not Your Geopolitical Pawn | It's No 'Cliff Beasts 6,' But 'The Bubble' Trailer Still Looks Promising →