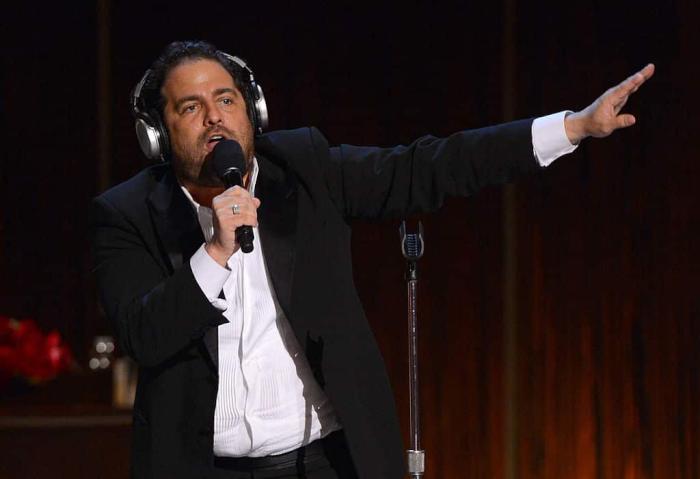 Don't Let the Door Hit You On the Way Out, Brett Ratner: Director's Milli Vanilli Film Dropped by Millennium Media

Remember Brett Ratner? He’s the douche-bro behind a series of middling films who was accused of sexual assault and harassment by several women in 2017. Olivia Munn and Natasha Henstridge were among the accusers who detailed incidents of harassment, groping, and sexual coercion. Elliot Page also accused Ratner of sexual harassment and outing his sexuality when he was only 18. He’s a piece of sh*t who nobody has missed, but because this is Hollywood and even the most abhorrent abusers feel entitled to a comeback, Ratner tried to get back into the director’s chair with a, yes, Milli Vanilli movie.

It had previously been announced that Ratner and his production company RatPac Entertainment were working with Millennium Media on the long-gestating biopic of the infamous lip-syncers. The project was revealed ahead of the upcoming Berlin Film Festival, where it would be pitched to potential investors.

Time’s Up quickly pushed back against Ratner’s attempted comeback, with CEO and President Tina Tchen saying:

‘Our movement is a product of countless courageous acts by many survivors, including those who spoke out about what they endured at the hands of Brett Ratner. Not only did Ratner never acknowledge or apologize for the harm he caused, but he also filed lawsuits in an attempt to silence the voices of survivors who came forward - a tactic right out of the predator’s playbook. You don’t get to go away for a couple years and then resurface and act like nothing happened. We have not - and will not - forget. And Millennium Media shouldn’t either. There should be no comeback. #wewontforgetbrett.’

Well, it now seems as though Millennium Media has been embarrassed into action. Variety confirmed that they are no longer involved with selling the film or its future production. If the name Millennium rings a bell, that’s because it’s the company of one Avi Lerner. He last made headlines when he hired Bryan Singer to direct a Red Sonja adaptation, a decision he then defended by saying that he was totally cool with an accused serial child rapist making the movie because the accusations were ‘agenda-driven fake news.’ He then tried to ‘clarify’ that claim by doubling the f*ck down on it and saying that ‘I have got a reason why I doubt that he has done it.’ Uh-huh. Singer, by the way, is no longer involved with that movie.

Variety also notes that Ratner’s Milli Vanilli film has other investors and bidders on board and that the project is all but fully finances. So, alas, Ratner’s comeback is not totally dead in the water yet. We’ll certainly keep the pressure on his slimy shoulders. Someone has to.

← Watch the Trailer for Pixar's 'Luca,' Which Is Like Hypercolor T-Shirts, But with Humans | Morning Briefing: Merrick Garland, Andrew Cuomo, and Joe Needs To Step Up His Union Game Against Amazon →