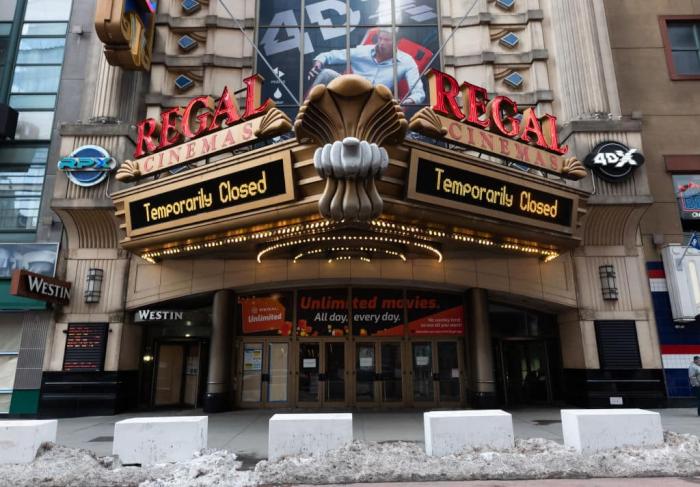 Happy post-Christmas funk to you all. It is law that the days between Christmas Day and Hogmanay are to be solely dedicated to pure sloth-like self-indulgence. I mean, yes, I’m working, but I’m doing it from my bed while eating too much food, so it totally counts. Christmas is typically a very busy time for North American cinemas, a continent where it’s totally expected for families to go to the movies and ignore one another for several hours. This year, we were supposed to see films like Dune and West Side Story in thousands of theaters. This year, obviously, things were different.

Most of the really hyped movies were premiering on-demand or streaming, and, you know, there’s a f**king pandemic. Still, common sense remains a foreign concept to many. Despite Warner Bros. offering Wonder Woman 1984 as an HBO Max title, some still braved the elements and virus to see the sequel in cinemas. The movie brought in a, by new lower standards, highly impressive $16.7 million. Worldwide, Patty Jenkins’s latest has taken about $85 million, which is practically a goldmine by COVID-compromised standards. That and the HBO Max numbers were apparently enough for Warner Bros. to greenlight a third movie.

Debuting at number two is Tom Hanks’s News of the World, with $2.4 million from 1,900 theaters. Promising Young Woman made the top five with a $680k weekend from 1,310 theaters. This is the kind of film that typically would have received a limited release to build up steam before it reached wide audiences. Instead, it was one of the mere handful of movies in the latter half of 2020 to receive anything close to a wide release. Focus Features believes in it, clearly, but I question if this was ever the kind of film that would perform to general audience standards. Then again, maybe they had no choice. Besides, it doesn’t hurt to have at least one major Oscar player this season play in theaters.

There’s a new Pinocchio movie in theaters. No, not the Guillermo del Toro stop-motion one. No, not the Robert Zemeckis Disney remake either. This one is an Italian production, so you know it’s going to be deliberately terrifying and not accidentally like all the other Pinocchio movies. Anyway, some parents clearly didn’t want their kids to have too much fun a Christmas and the movie made $274,605 from 1,310 theaters.

We’re now at the end of the year so I thought it’d be fun to look at the highest-grossing movies of 2020. Last year, we saw nine of 2019’s top ten surpass $1 billion, and seven of them were Disney properties. It was unlikely that, in a normal year, 2020 would even come close to those numbers. What is interesting is that none of the top ten of 2020 are Disney titles. There aren’t even any Fox titles that now fall under their banner. Half of the list is dominated by Chinese and Japanese productions. The highest-grossing Hollywood production is number three, Bad Boys for Life, which made $426.5 million. That’s not far off number one, the uber-patriotic Chinese historical war drama The Eight Hundred, which made over $472.4 million. Yup, nothing cracked half a billion dollars, but can you blame them?

Tenet faced its fair share of pushback but even in a wildly compromised year, it made $362.2 million. That’s nowhere near what it needed to make but a wee bit of money is better than no money in a year like this, and Warner Bros. is going to have to make a lot of tough decisions in 2021 with their controversial plans to release everything on HBO Max. Sony is making claims that directors are turning to them following the news, which would certainly be a coup for them given that Warner Bros. is known as the filmmaker’s studio. The debate shall continue forever, don’t worry. There’s still plenty of time to be tired of this all.