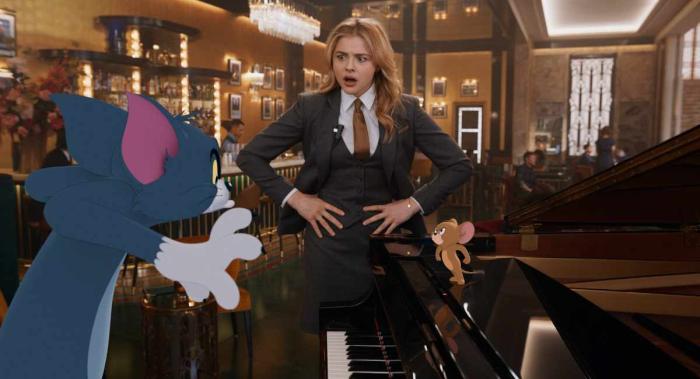 How is it March already? How did this happen? AND we’re coming up on the first anniversary of the beginning of COVID-19 lockdown? Once again, how did any of this happen? I’m tired, you guys. The new normal sucks.

It’s the night after the Golden Globes, which didn’t wholly embarrass itself with its winners, for a change, although the Hollywood Foreign Press Association continues to be hilariously pointless and embarrassingly corrupt. We’ll need to wait until next week to see if those Globe victories spell box office boosts for movies like Nomadland, Judas and the Black Messiah, and The Mauritanian. For now, there’s a new king at the top of the box office and its grosses are impressive. Well, impressive by our current standards.

Tom and Jerry, the Warner Bros. reboot of the classic cartoon, brought in an unexpected $13.7 million from 2,475 theaters. That’s a per-cinema average of $5,539. Those are almost normal numbers for North American box office predictions in a month like February. As with all 2021 WB releases, Tom and Jerry is available on HBO Max, but a lot of parents were still up for taking their kids to the cinema for it. I’m going to assume they were all vaccinated and taking the necessary precautions for theatrical attendance. Right? Hmm… A reminder that epidemiologists are still not big on people going to the movies right now.

Tom and Jerry also premiered in some key international territories, although I’m not sure how much nostalgic fervor the property inspires for many places. In China, for example, the movie opened in 15,960 theaters (!) but only pulled in $12.3 million. Over there, the big battle is between two local films for the highest gross of 2021 so far: Hi, Mom with $677.3 million and Detective Chinatown 3 with $677 million. Those are numbers that American studios can only fantasize about right now.

The release date shuffle continues, with the Bob Odenkirk action thriller Nobody bumped up a week to March 26, and the next Spider-Man movie pushed back a month to December 17, 2021. As of the writing of this piece, Spider-Man: No Way Home is the only movie in that crucial holiday slot, stuck in-between the fourth Matrix film and Steven Spielberg’s West Side Story. Expect that month to get a tad busier in the next few weeks.

What films did you watch this past weekend? Let us know in the comments below.