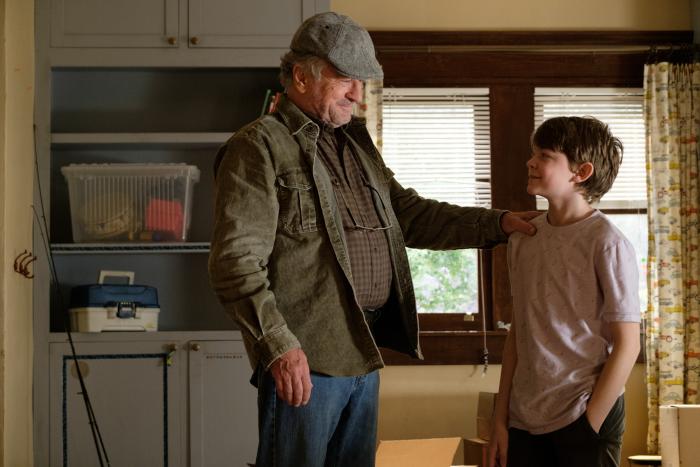 Hey hey hey, movies still exist! as we slide further into October and the fall festival season continues in its reduced online format, studios are still risking theatrical releases. OK, that’s not entirely accurate. They’re risking domestic theatrical releases for movies that can either take the hit or are dependent in some form or another on this business mold to make their money. For now, that won’t be a lot of movies.

As we’ve already seen, the rest of the slate for 2020 is pretty much bereft of the major tentpole titles. Pixar’s Soul is now a Disney+ release, most of the major Marvel/DC/Disney films are now 2021 titles, and the last blockbuster standing, Wonder Woman 1984, is surrounded by gossip of a potential HBO Max shift. This is the new normal, and that makes doing a box office report week after week kind of weird? I mean, there really isn’t much new to talk about, but dammit, I am a professional pop culture hot-takes merchant and I will do my job!

Shock horror, we have a new number one movie on the North American box office top ten. Congratulations to Robert de Niro and The War with Grandpa, which managed to scrape past $3.6 million this weekend from 2,250 cinemas. That’s a solid $1.5 million more than Tenet, which slides to number two and has still yet to crack the $50 million spot domestically. Yikes. The War with Grandpa was basically shoved into cinemas by 101 Studios, which picked up the movie after The Weinstein Company went under. It sat on a shelf for a couple of years, which is seldom a sign of quality. As I mentioned in my review, the movie’s perfectly inoffensive and I’m sure young kids were reasonably satisfied with it. It’s kind of the only thing in cinemas for that age group right now, aside from the Disney re-release of Coco, which still pulled in a solid $210k from 1,899 theaters.

The only other new release to crack the top ten was Yellow Rose, a musical drama starring Lea Salonga and Eva Noblezada from Hadestown about a young undocumented Filipina woman who dreams of becoming a country star. The movie made $150,000 from 900 theaters.

Internationally, things are somewhat different. In China, the patriotic anthology drama My People, My Homeland has made an impressive $321 million so far, a number that may have been bolstered by increased attendance thanks to the country’s National Day. In the UK, Tenet still reigns supreme, but we also have cinematic releases for… *checks notes* Cats & Dogs 3: Paws Unite. Sure. Why not?

Shout out to my man Gerard Butler, an actor whose filmography is perfect for pandemic calendar filling. Greenland has already made $27.9 million worldwide without an American release. No news yet on whether or not the movie contains a scene where Butler loudly bellows ‘GREENLAAAAAAAAND’ like we all want him to.

← Dr. Fauci Is Pissed That the Trump Campaign Featured Him in an Ad Without His Approval | Max Ehrich, Demi Lovato's Ex-Fiance, Slammed for Cheesy Staged Crying Photos on Beach →