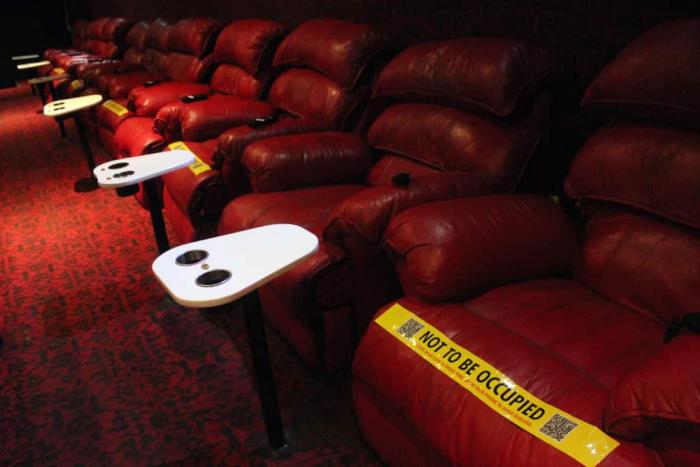 A belated happy Thanksgiving weekend to my American friends and readers. We hope that you ate lots of food, were appropriately distanced from family members, and supported non-Amazon small businesses this Black Friday.

There were questions over whether families would be willing to go to the cinema this weekend for the first wide release in a while, the DreamWorks Animation The Croods: A New Age. Sure, family traditions are nice and all that but, you know, the plague is still running rampant. Would some parents be brave/stupid enough to risk it for a DreamWorks sequel? Apparently, enough of them were. The movie took in $9.7 million this weekend for a total domestic gross of $17 million. They certainly exceeded expectations there. I have a hard time getting enthused over this because it’s still indicative of just how many people saw the CDC guidelines and decided, ‘Nah, caveman Nic Cage is worth it for my toddlers.’

Outside of that, once again, it was the seasonal re-releases that did best. Granted, ‘best’ means something pretty different these days, but you could still see those extra dollars at work. In its third week of re-release, Elf increased its theater count to 683 and earned just over $320k. National Lampoon’s Christmas Vacation made $170k from 308 theaters, and Frozen brought in $120k from 1,367 theaters. It certainly doesn’t hurt for studios like Disney and Warner Bros. to keep theater owners and chains on their good side with re-releases like this, but with HBO Max and Disney+ available pretty cheaply, I’m not sure who is enticed to risk it all for a movie they can watch at home mask-free.

There weren’t any major schedule changes this week, for a change. The most notable one was the shafting of The 355 from January 2021 to the same month the following year. The spy drama stars Jessica Chastain, Lupita Nyong’o, Fan Bingbing, Diane Cruger, and Penelope Cruz as a group of international agents. Usually, a delay like this would signal bad news about the movie itself, but now, this is the norm for everything. Ah, this year.

What movies did you watch this Thanksgiving weekend? Let us know in the comments.