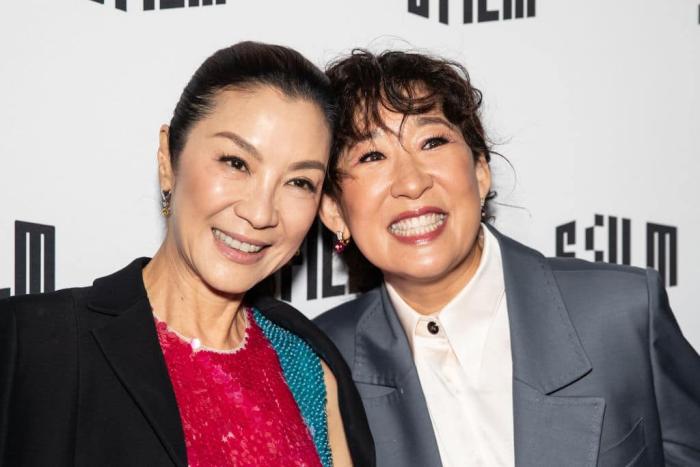 Box Office Report: Nothing Nowhere At Any Time

As is often the case in a week leading up to a major blockbuster release, the box office was relatively quiet. The only wide release of the week flopped and we got some interesting indie stuff but this is all pretty minor. We’re waiting for Sam Raimi and his Multiverse of Madness and everyone knows it. But hey, there’s still a lot to talk about and that’s why I’m here.

DreamWorks Animation’s The Bad Guys is still in the top spot with a $16.1 million weekend gross, which is only a 32.8% drop from the previous week. Right below it is Sonic the Hedgehog 2, which only dropped 27.5% in its fourth week. The latter now has close to $161 million domestically. Compare that to Fantastic Beasts: The Crimes of Dumbledore, which has yet to scrape past $80 million in its third week. My heart just bleeds for it. What a waste. So sad. Etc.

Perhaps the real winner of the weekend is A24’s Everything Everywhere All at Once. In its sixth week of release, one of the true critical darlings of 2022 is holding on strong as its release further widens across America. It only dropped a minuscule 2.2% from the previous week, which is bonkers. This slow burn release for a non-IP film with an adult audience used to be more commonplace but now feels like another casualty of the media monopoly age. So, seeing the Daniels’ film do this well, beat the odds, and only win over more and more people is a minor miracle. A24 will be thrilled. They might be an indie movie icon and boutique distributor but their releases don’t tend to make a lot of money. I hope this one just keeps going. It’s coming out in the UK this month. Yay!

Debuting at number eight is the newest Liam Neeson punchy shooty movie, Memory, with only $3.1 million. Reviews were disappointing and I’m not sure these Neeson action titles are consistently good enough to pull in audiences.

In limited release news: The Finnish body horror Hatching, about a teenage gymnast who finds a mysterious egg, made $140,000 from 186 theaters; Firebird, a gay romantic drama set during the Cold War, grossed $55,310 from 90 venues; romance The Sound of Violet brought in $23,521 from 29 cinemas.

Marvel and Disney shuffled around a couple of upcoming MCU releases: The Marvels, starring Brie Larson and directed by Nia DaCosta, will now be released in July 2023 rather than February of the same year. In that slot will go Ant-Man and the Wasp: Quantumania, which was initially set for July 2023. So it’s all still nice and neat for the franchise.

This coming week sees the release of, yes, a Marvel film: Doctor Strange and the Multiverse of Madness.