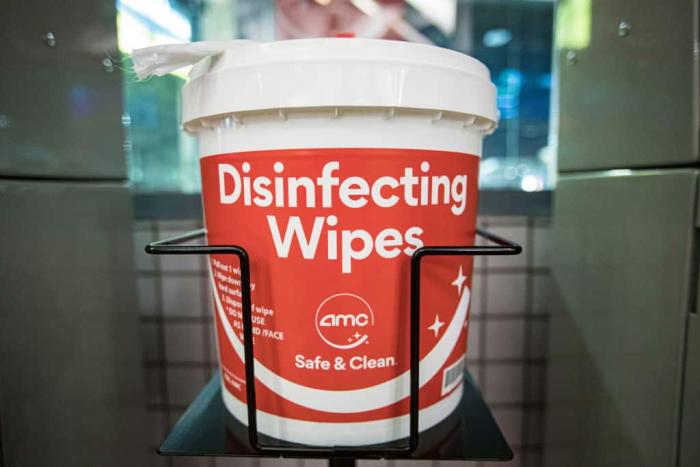 Box Office Report: So, How Bad Is It?

Jeez, it just gets worse, doesn’t it? In case you were wondering just how weak the domestic box office has gotten as we slump into October and the number of COVID-19 reports and deaths continue to rise dramatically, the answer is ‘very weak.’ It turns out that people aren’t wild about enclosed spaces full of strangers who may or may not be averse to wearing masks for two-plus hours. Who saw that coming?!

Christopher Nolan’s Tenet is still in the top spot for the fifth week running but it’s hard to spin that positively. After more than a month in theaters, it’s barely scraped past $45 million domestically. This week, its per-cinema average was $991 from 2,722 theaters. Remember, this was an expensive film to make and it was the one pitched as THE movie that would get people hyped to return to the cinema. Hype didn’t pay off, and can you blame us for that? Major markets such as Los Angeles and New York haven’t allowed theaters to reopen due to the pandemic, which hasn’t helped. The film has now passed $307.1 million worldwide, so it has made back its reported budget, but hopes of a long-haul slow-burn success have been hampered with the news that Cineworld, the largest cinema chain in the UK, is closing its doors for the foreseeable future.

One thing that has been a minor help to the box office these past few weeks is cult classic re-releases. Hocus Pocus was a flop when it premiered in 1993 but it became a nostalgic Halloween favorite thanks to cable and streaming over the decades. It received a re-release just in time for Halloween, and while it still didn’t pull in mega-bucks, it did well enough to almost give Tenet a run for its money. It made $1.925 million from 2,570 theaters. Again, not great, but it’s something for Disney to smile a bit over. The same goes for their re-release of The Empire Strikes Back, which has pulled in slow but steady numbers.

Actual new releases, however, have stuck to smaller release models, the kind they probably would have had if things were, you know, normal. Possessor, Brandon Cronenberg’s new acclaimed horror film, made $277,500 from 320 screens, while the indie dystopian comedy Save Yourselves! brought in $141,631 from 388 cinemas.

The future looks bleak for cinemas, long after this merciless year comes to an end. For 2020, at least, the promise of those big tentpole releases that cinemas rely on are long dead. The only major film still on the books for a theatrical release is Pixar’s Soul, set for next month, but honestly, nobody would be surprised if it was suddenly announced as a Disney+ exclusive. Low-to-mid-budget indie films are still on the schedule, including Oscar favorites like Nomadland, but their runs will be short enough to meet the qualifications for Academy consideration before they go straight to VOD or the streaming service of their studio’s choice. For vociferous champions of the theatrical experience, it’s tough to find positives right now, but even the most ardent lovers of the cinema don’t feel ready to jump head-first into that realm. I just bought my first cinema ticket in seven months for a screening next week and I am genuinely a wee bit terrified.

The inevitable result of this, of course, is the permanent closure of a lot of theaters, from multiplex chains to indie rep houses. Companies like AMC and Cineworld were already in precarious positions before this all happened. Now, our options seem limited outside of government intervention (ha) or a more permanent move towards at-home releases.

Coming up this week, we have the releases of Robert de Niro’s The War with Grandpa, a documentary on art collector Agnes Gund, and a movie called The Bra? Sure. Why not?

You can find more information on this weekend’s box office here.

What movies have you watched recently? Have you returned to the theater? Are you worried about its future? What 2020 films have made your top of the year list so far? Let us know in the comments.

← Trumpdates: He Is Crazy, and He's a Little Unwell | The Supreme Court Hints that Gay Marriage Could Be Endangered →