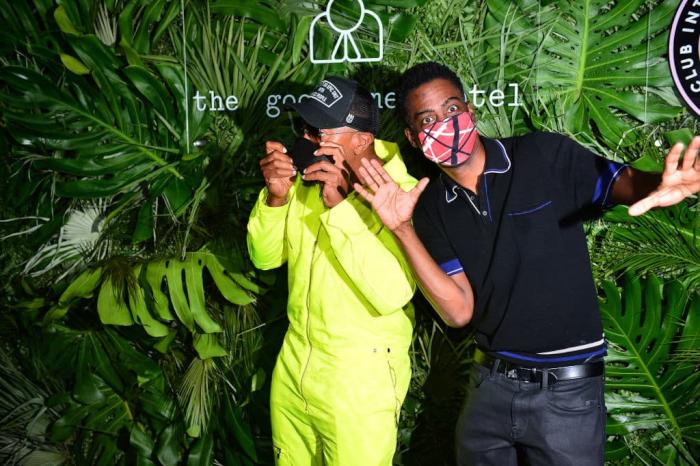 It continues to fascinate me how wildly our concept of box office success has changed over the past year. It may never fully return to what was once considered the norm, certainly not now that simultaneous at-home releases and the shortening of the box office window are here to stay. Some things, however, feel very familiar, mostly the ways that IPs remain the bedrock of studio slates.

Take this week’s top-grossing title, Spiral. The latest addition to the Saw franchise received terrible reviews, even from many fans of the series, but still brought in a solid $8.725 million from 2,811 theaters. That is the weakest first-weekend tally in the series to date, about half of what Jigsaw made in 2017, but an R-rated horror pulling in these numbers at the tail end of pandemic lockdown is probably still a win for Lionsgate. Another R-rated title, Wrath of Man, fell to second place but still has over $14.6 million in domestic grosses.

Those movies both did better than Those Who Wish Me Dead, the survival thriller starring the one and only Angelina Jolie. Sadly, it debuted to a pretty paltry $2.8 million from 3,188 theaters. Yes, it is playing on HBO Max, but that didn’t seem to impact other WB releases like Mortal Kombat or Godzilla vs. Kong. Granted, those films demanded a bigger screen. This is a Taylor Sheridan mid-budget thriller that seems primed for a cozy night at home. We’ve talked before about how those mid-budget old-school thrillers have struggled to find air in a franchise-dominated studio ecosystem, so don’t be surprised if more movies like this go straight to streaming. Team Angelina.

Other new titles in the top ten this weekend include Finding You, a YA rom-com adaptation I’d never heard of before this, which brought in $954,297. One spot beneath that is Profile, the internet-based thriller, which made $670,000.

Top Gun: Maverick is set for a November 2021 release, a solid 28 months on from its initial date of July 2019. For those too impatient to wait for all that Kenny Loggins goodness, Paramount re-released the first movie into a limited number of theaters and made some pocket change of $199,000 for their troubles. The sequel is one of the studio’s biggest releases of 2021, and they’re banking big on its cinematic power, even with a promise to drop the movie on Paramount+ a mere 45 days later. You all definitely subscribe to Paramount+, right?

In limited release, horror film The Djinn grossed $41,250 from 41 theaters, while indie drama The Killing of Two Lovers brought in $24,500 from 34 theaters.

There aren’t any major releases coming this week but next week brings us both the long-delayed A Quiet Place Part II and the Disney villain prequel movie that I’m sure someone must have asked for, Cruella.