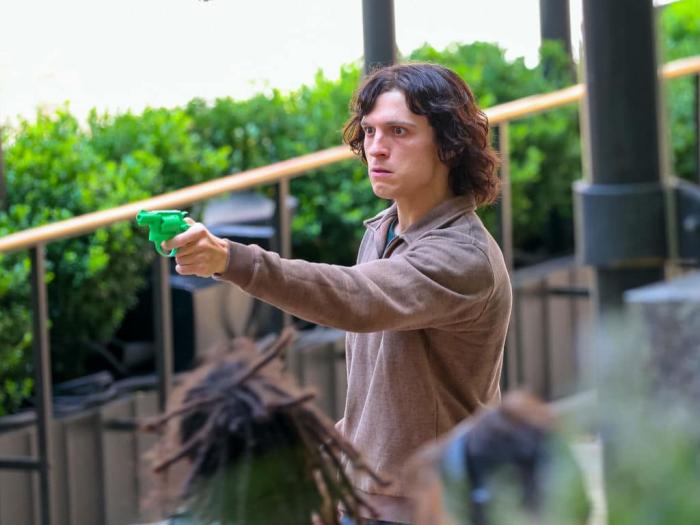 It was a tough weekend. The new releases were scant and audiences were left with either a couple of re-releases or going to see Top Gun: Maverick once more. How bad was it? The biggest film of the weekend was a) a re-release of a movie that came out a whole nine months ago, and b) it only made $6 million. Ooft. But hey, it’s the end of the Summer season and it’s always a weird time for cinemas. Oscar season is on its way and there are a few blockbusters ready to bolster the numbers.

Said top grosser is Spider-Man: No Way Home. Yes, really. Apparently, Disney wasn’t satisfied with it having ‘only’ made about $1.9 billion worldwide. Clearly, they’re hoping to gross the $2 billion mark. But they’re a solid $90 million away from that and I’m not sure this re-release will help since, as you can see, audiences weren’t entirely amped about returning to theaters to watch something so new that’s also available for at-home viewing. Disney, you already own every film in the top six highest-grossers of all time. You’re doing fine, sweetie.

Top Gun: Maverick made $5.5 million in its 15th week of release and very well could have jumped back to number one with that extra push. Its current worldwide earnings are at $1,440,739,744. About $698.8 million of that is domestic grosses. The legs on this thing! Do not be surprised if you start seeing Paramount put together a major awards campaign for this one.

The other big re-release of the weekend was Jaws, which debuted at number 10 with $2.3 million from 1,246 theaters. So spiders beat sharks?

In terms of actually new releases: Honk for Jesus. Save Your Soul. landed at number 14 with $1.44 million from 1,880 theaters while inspirational drama Gigi & Nate made $1.063 million from 1,184 cinemas. The Patricia Highsmith documentary Loving Highsmith received a limited release and garnered $6,800 from one theater and Senegalese thriller Saloum earned $2,050 from two locations.


← Watch Taylor Hawkins' Son Fill in on Drums for the Foo Fighters' Performance of 'My Hero' | Mila Kunis, Who Never Went Away, Is Back in Netflix's 'Luckiest Girl Alive' →