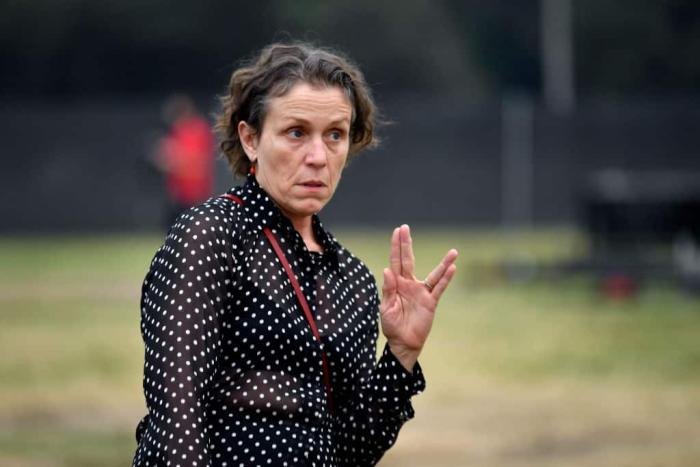 We’re almost through February, because time is an irrelevant concept, apparently, and the box office remains its own space devoid of reason and explanation. Yet, like crabgrass all over your garden, I’m still here and refuse to go away. I’ll find shiny new ways to talk about the same six movies week after week, dammit. I swear I can make this interesting.

For the 13th week, DreamWorks Animation’s The Croods: A New Age is on top. Sure, its grosses are teeny and it’s only now scraped past $50 million domestic, but in the new world of lowered standards for financial success in Hollywood, this is a big deal. It’s making more money than titles like Wonder Woman 1984, which one wouldn’t typically expect with blockbuster battles. How has this happened? It’s worth noting that Universal has already released The Croods 2 on VOD, yet its cinematic longevity is fascinating, especially since it was hardly the most anticipated animated movie of 2020. Personally, I think it’s doing great simply because the competition is so dire. This may also explain how titles like The War with Grandpa are seeing minuscule increases in their week-to-week grosses despite having been in theaters for 20 weeks. If The Croods: A New Age can hold on there for a few more weeks, it may be able to beat the $57 million domestic gross of Tenet. Hey, weirder things have happened at the box office this past year.

There are a number of awards hopefuls in the top 15 this weekend, yet none of them are seeing big boosts in their box office numbers. In fairness, some of them are already on streaming, like Judas and the Black Messiah, or received speedy VOD releases, like Promising Young Woman. I’m not sure the target audiences for a lot of these Oscar titles are keen to rush back to the cinema until they’ve got that vaccine pumping through their veins. Smart move.

Still, debuting at number seven this weekend was Nomadland with $503,000 from 1,175 theaters. That would typically be considered a soft opening, especially for a movie that has widely been hyped as the Best Picture winner to beat, but remember that it also dropped on Hulu on the same day.

The only other new release of the weekend was Blithe Spirit, adapted from the classic Noel Coward play. Bad timing, bad reviews, and little buzz left this one with $98,100 from 239 theaters.

In China, another local movie is making bank. Hi, Mom, a comedy about a woman who travels back in time to befriend her own mother, made a tidy $134 million this weekend. Its total gross so far is $624 million. Reports suggest the film’s unexpected success is down to strong word of mouth and a general desire for people to connect to their families over the month of Chinese New Year. As of the writing of this piece, Hi, Mom is the highest-grossing film of 2021 so far. Eight of the top ten are Chinese productions. One of them is a Disney title, but it’s a Russian production. Right now, it’s hard to imagine any American movie getting over $600 million. Hollywood seems to be banking on some semblance of normalcy by Summer, but who can trust anything right now?

← Elton John Gets Dragged for His 'Lovely' Friendship With Rush Limbaugh | Morning Briefing: Normal By Summer? Merrick Garland, and the Democrats Come Through in Texas →