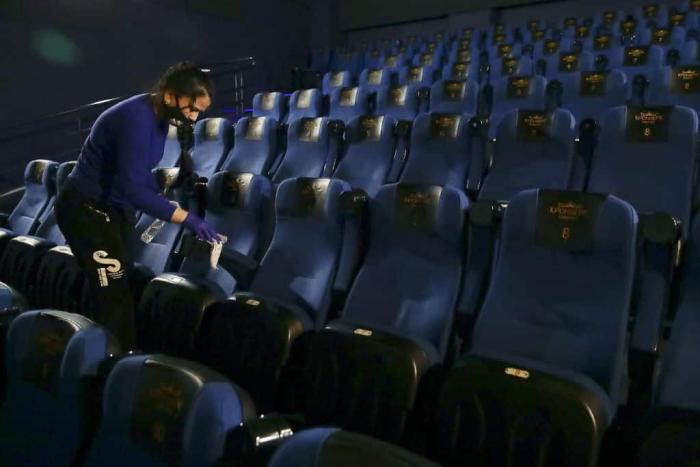 Box Office Report: The Monster We Hunted Was Love All Along

Twas three nights before Christmas and all through Pajiba, this hot takes merchant scrambled for content, she’d even take a… OK, I give up. I tried. Christmas is, as I’ve said before, typically a busy period for cinemas. This year, we were expecting the big showdown between hotly-anticipated tentpole pictures like West Side Story, Dune, and all the Oscar favorites. It’s obviously not like that now, and frankly, it’ll take months for theaters to reset. If they ever do. Bankruptcy is on the horizon for AMC and the Paramount decrees are on the chopping block in 2021 so don’t be shocked if we suddenly see Apple or Disney going head to head to acquire one of the major theatrical chains. This is our future. It sucks.

On with the show, such as it is. The top spot of the weekend went to Monster Hunter, another Paul W.S. Anderson/Milla Jovovich video-game adaptation joint. Those numbers — $2.2 million from 1,736 theaters — aren’t much to write home about, but it is notable that, despite the serious lack of advertising for the film and, you know, everything else, some people still sought it out. I suppose we need something to plug the gap until Dune. The profits must flow.

Christmas re-releases are still ‘big’ business right now, with the latest addition to the foray being one of the best festive films ever made, The Muppet Christmas Carol, which brought in a slight $92k from 725 theaters. Seriously guys, it’s on Disney+. Stay at home, watch it, and drink excessively like us normal people! There was also a minor re-release of It’s a Wonderful Life, which brought in $44k from 250 theaters.

Wonder Woman 1984 opened in several international territories, including Japan, the U.K., and Brazil. So far, its worldwide gross is about $38.5 million. Respectable in the current context, although I’m curious as to how much business Warner Bros. needs it to do internationally to justify sticking it on HBO Max domestically. The UK’s going into serious lockdown measures after Christmas and things don’t look much better across Europe. What’s the key market now? Does such a thing exist?

The release date shuffle saw its fair share of casualties this week. The British musical Everybody’s Talking About Jamie has been removed from the schedule by Disney/20th Century. Nomadland, the current number one Oscar candidate, will open to the public in February 19, an awards player benefitting from the extended Academy qualification window. A24’s The Green Knight, starring my Pajiba 10 candidate Dev Patel, will finally open on July 30, 2021. We need this. We deserve this. We’ve earned this.

Tis Christmas this Friday, which means we are seeing some wide cinema releases, including Wonder Woman 1984, Promising Young Woman, Tom Hanks’s News of the World, and a new, utterly terrifying-looking adaptation of Pinocchio. No, not the stop-motion Del Toro one. No, not the Disney Zemeckis remake one. The Italian one!