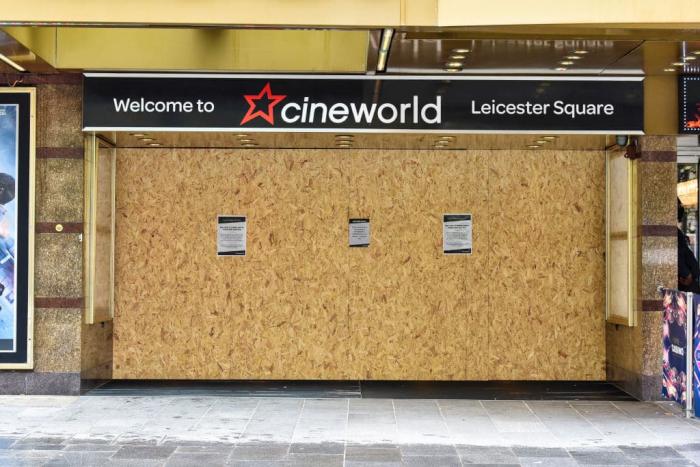 Happy Monday, friends! So, how was your weekend? Get up to much? Did you go to the movies? Nope? I get that.

Look, I’m going to be honest with you: box office reports for the remainder of 2020 will probably be me desperately trying to spin gold out of dust. There’s not a whole lot to cover here but there is something to be said for keeping track of this long, sad, and agonizingly slow descent. There are things to discuss in this industry. They’re just not necessarily happening in the theaters. Movies are still being delayed or outright removed from their studio’s schedules, and internationally, things are increasingly spotty thanks to second and third waves of COVID (although I’m not sure we can call them new waves if the first one never fully ended.) But hey, I’m a professional so I’m going to keep working on behalf of you, dear readers!

This weekend, the top film was a brand new release courtesy of Focus Features. Let Him Go, starring Kevin Costner, made $4.1 million from 2,454 theaters, which easily sent it to the number one spot and gave it by far the highest per-theater average of the weekend (a staggering $1,670 per cinema!) Reviews for this one were pretty respectable, but I think its ‘success’ has more to do with the sheer dearth of other options. Tenet has been in theaters for ten weeks now — and has only just scraped past $55 million domestically — and while movies like The War with Grandpa and Honest Thief hold on with small numbers, there’s not much to get truly enthusiastic about.

Disney continues its re-release strategy, with Toy Story being its newest limited dip into its mythic vault. $505k from 2,102 theaters isn’t brilliant but when the bar is as low as it is these days, you take what you can get. It doesn’t hurt to keep fostering solid relations with cinema chains, especially when you’ve pulled all your big releases for streaming.

Internationally, Robert Zemeckis’s The Witches received theatrical releases in a number of territories where cinemas are still open. In the UK, the movie was available to rent via Sky, but if you were in Russia, Thailand, Mexico, and many other countries, you could see it in the theater. It’s pulling in bits and bobs here and there: $869k in Russia, $491k in Taiwan, and so on.

In China, their big hit right now is The Sacrifice, a war epic about a group of Chinese soldiers trying to repair bridges during the onslaught of the Korean War. Over the past three weeks, it’s pulled in $134.4 million, the kind of numbers that Hollywood can only dream of right now.

Box Office Mojo now has a whole section of its site dedicated to the changes being made to the domestic release schedule. This past week, we saw some major ones, mostly in the form of total removals from the slate. Tomb Raider 2, Free Guy, The Comeback Trail, Death on the Nile, and Fantastic Beasts and Where to Find Them 3 now have no release date attached to them. That’s not shocking for something like Fantastic Beasts 3 given everything going on there, but for completed movies that we’re mere weeks away from release, it’s a lot more troubling. Will Disney/20th Century go digital for these movies or push them back into 2021/22? Anything goes these days.

← Of Course, He's Going to Be a Dick About It | Maybe Trump Should Have Watched 'Wilmore' on Friday →