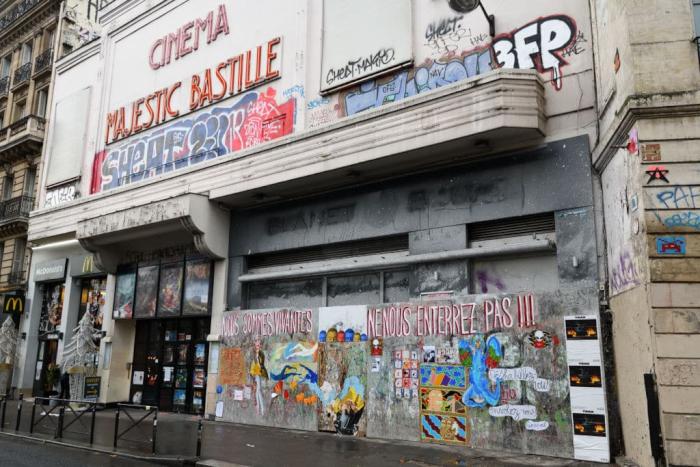 Box Office Report: Same As It Ever Was

January is traditionally the cinematic dumping ground of Hollywood for the North American box office. It’s the time of year where studios decide to offload those movies that they know aren’t very good and were never destined to make much money. That way, they’re all set for the more bankable periods. There are exceptions to that rule — Black Panther opened in February and became one of the top-grossing films of its year — but they’re few and far between. It’s curious that even in a year as wildly compromised as this one, thanks to the literal pandemic, the dumping ground philosophy sort of still prevails. Granted, we’re talking about way fewer releases than normal and the shift to the Oscars qualification date further complicates matters, but Hollywood has always been resistant to change and we see the remnants of that here.

There’s one new release this weekend: Our Friend. Director Gabriela Cowperthwaite’s drama based on a true story initially premiered at the Toronto International Film Festival in 2019, where its critical response was decidedly muted. It’s taken well over a year for the movie to get a wide release of any kind, which isn’t necessarily a bad sign — it worked out well for fellow TIFF 2019 title Sound of Metal — but it was clear that few people seemed truly enthused for Our Friend (you can understand why when you read my review!) Technically, the movie is dropping within the 2020 Academy Awards qualification date, but nobody is seriously talking about it as a candidate. Really, all the major candidates have already premiered (with the exception of titles like The United States vs. Billie Holiday. So yeah, Our Friend feels like a classic dumping ground case.

There’s not much to talk about with the rest of the weekend. Maybe the only curiosity is the sight of The Croods: A New Age, which has been in theaters for nine weeks, overtook Wonder Woman 1984. Granted, the latter is now available on HBO Max, but that movie’s grosses have raised more than a few eyebrows in regards to Warner Bros. and their big HBO Max simultaneous release malarky for 2021.

A lot of people seemed hopeful that the new year would be the beginning of a new chapter for cinematic releases. Surely, things will be better in 2021, right? The studios have already moved their movies back and they can’t do it again, yeah? Oh, bless… a lot of movies were pushed back last week. Like, a LOT. Sony moved a ton of stuff, including Uncharted, Ghostbusters: Afterlife, and Peter Rabbit 2. The 25th Bond movie No Time to Die was moved back for the third time and will now — hopefully? — come out in October 2021, a cool 18 months after it was initially set to drop. Disney/20th Century made some changes too, including removing Bob’s Burgers: The Movie from the schedule altogether (look forward to that on Disney+, I assume.) The basic impression I get from these date changes is that studios are hoping for a return to ‘normalcy’ by Summer. That could bode well for whatever shape the Fall festival season takes, but it does mean that we should expect further delays. I’m looking at you, Black Widow.

You can check out the rest of the weekend box office (such as it is) here.