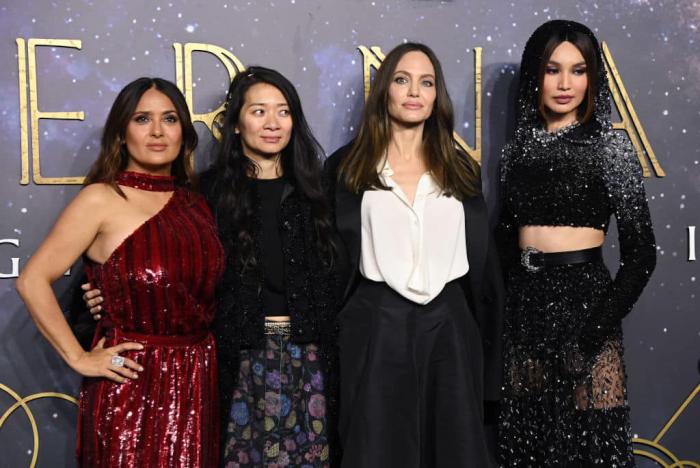 Marvel’s latest film, Eternals, has received some of the most mixed reviews in the mega franchise’s history. Chloe Zhao’s follow-up to her Oscar success Nomadland has inspired some fascinating and divided responses. The surprise of that low Rotten Tomatoes Score had MCU fans panicking over how critics were apparently too mean to the highest-grossing film franchise of all time. Of course, there was little to worry about because Eternals easily stormed to the top of the box office with $71 million from 4,090 theaters.

Like its 2021 Marvel contemporaries, Black Widow and Shang-Chi and the Legend of the Ten Rings, it took in some of the highest opening weekend domestic grosses of the year. It’s almost as if this franchise is critic-proof or something. Of course, we do expect the still-prevalent COVID issue to hit its numbers in some way, but Hollywood’s definition of a commercial hit has greatly changed this year and I don’t see Eternals flopping by those standards. It may take a hit with its lack of release in China (Shang-Chi hasn’t opened there either) but this won’t be a disaster by any means. I’m curious if those mixed reviews will see its word-of-mouth appeal drop. Despite the claim that all us meanie critics are out to destroy superhero films, Marvel’s output is always reviewed rather strongly, and when your franchise is this interconnected and dependent on long-term viewer commitment, how powerful are reviews in the long term? Then again, we now have a demographic happy to wait the extra few weeks for an at-home release and that might be what happens with Eternals. Either war, I promise you that critics aren’t going to destroy Disney. Oh, to have such power.

Debuting at number eight is Spencer, Neon’s hallucinogenic drama inspired by Princess Diana. From just under 1,000 theaters, it grossed $2.148 million. As with all Oscar contenders, it’s about the long game, although whether or not there’s room for such movies is another question. We’ve already seen how even the big studio titles like The Last Duel were quickly squeezed out of theaters to make room for their blockbuster counterparts (that film, by the way, is only playing in 220 theaters now, after one month of release. Boo. Team The Last Duel.)

In other limited release news: The Indian action film Sooryavanshi, part of the Cop Universe franchise, made $1,338,650 from 491 theaters, while the indie drama The Beta Test brought in $18,500 from 25 theaters.

Internationally, No Time to Die has made over $667 million worldwide, meaning it’s very close to becoming the fourth highest-grossing film of 2021. Dune is pretty close to toppling Free Guy and making its way into the top ten.

This coming week sees the release of Kenneth Branagh’s biographical drama Belfast and the kaiju horror of Clifford the Big Red Dog.