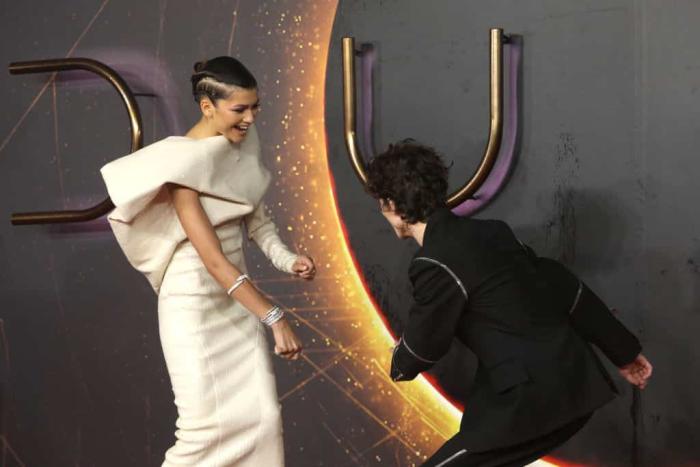 Box Office Report: Sand, It's Everywhere, Get Used To It

The spice must flow and the box office receipts must be plentiful. Dune has been a long time coming and a lot is riding on its commercial success. Fans of Frank Herbert’s highly influential novels have wanted a good movie for decades and Warner Bros. is eager for a major new IP to add to their roster. Can Denis Villeneuve’s epic break through in the new COVID era of cinema-going, and can it win over audiences unfamiliar with the property?

Well, it seems to be doing reasonably well. Dune opened in 4,125 theaters nationwide and brought in a solid $40.1 million. That’s not Venom: Let There Be Carnage or No Time to Die opening weekend money but all things considered, this is nothing to sneeze at. Dune also premiered simultaneously on HBO Max, which WarnerMedia will inevitably take into consideration when it comes time to discuss making the next film. Personally, I think it’s going to happen. Dune has already recouped its budget thanks to its international numbers and the critical buzz is certainly forceful enough for the Warner bigwigs to take notice. It’s obviously not set in stone — nothing in Hollywood is, even without a pandemic to consider — but I would be more surprised with a one-and-done decision than a sequel greenlight.

Also opening this weekend: the 20th Century Studios animated movie Ron’s Gone Wrong, which opened to a soft $7.3 million from 3,560 theaters. It seems like Disney dumped this one in cinemas without much thought. A new favorite tactic of the merry old House of Mouse (justice for The Last Duel, guys!)

A new Wes Anderson film is always a cause for Film Twitter excitement, and The French Dispatch was no exception. Searchlight’s newest title brought in an impressive $1.3 million from 52 theaters: that’s a $25,000 per cinema average! Chalamet fans had fun this weekend.

The only other indie release of the week was the documentary Becoming Cousteau, which made $110,959 from 319 theaters.

This coming week sees the release of the Edgar Wright horror-thriller Last Night in Soho and the long-delayed horror Antlers.