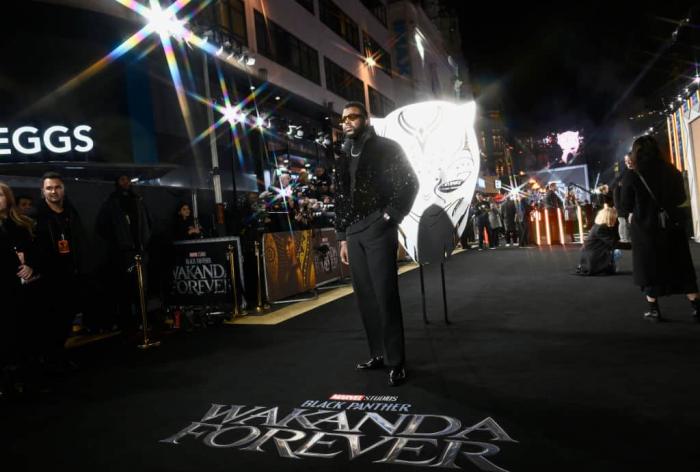 After that superb opening weekend, the second-biggest of 2022, Black Panther: Wakanda Forever remains at the top of the box office. Even with a 62.9% drop from its first weekend, Marvel’s latest had an easy time. It made $67.3 million, bringing its domestic total to just under $288 million. For comparison’s sake, that’s about $131 million more than DC’s Black Adam has grossed domestically in five weeks. Not that anyone predicted the Black Panther sequel being anything other than a big effing deal. It was one of the safest bets of 2022, especially in North America. That being said, don’t expect it to beat its predecessor in terms of worldwide numbers. It might struggle to get to $1 billion, but in fairness, Marvel hasn’t hit that goal this year. Only two movies have gotten past that marker in 2022: Jurassic World: Dominion and Top Gun: Maverick.

Debuting strong at number two is the drama The Menu with $9 million from 3,211 theaters. Reviews were strong but this is still a better-than-expected opening. It’s the widest-ever release for Searchlight, but with a $30 million budget, can it go the distance?

At number three is The Chosen Season 3: Episode 1 & 2, with $8,219,762 from 2,027 theaters. This series is a lavishly budgeted telling of the life of Jesus, who you may have heard of. Despite a near-total lack of critical coverage, it commands a surprisingly large audience. It’s also a crowdfunded affair, with its loyal viewers having contributed over $40 million towards its production. Hey, Christian entertainment sells. At least this one seems more ambitious than Kirk Cameron’s dreck.

It wasn’t such a great opening weekend for She Said, the true-life drama inspired by the New York Times investigation into the Harvey Weinstein scandal. Despite strong reviews, it debuted at number six with only $2.25 million from 2,022 theaters. The trades have already started pondering if audiences just aren’t into ‘awards bait’ or whatever, but I think the slump for She Said has more going for it than that mere fatigue. For some, it felt too soon to tell this story. In contrast, others wondered about heralding this moment in time while misogyny is still rampant and Hollywood has continued to act as though #MeToo never happened (remember, this movie is produced by accused abuser Brad Pitt.) It also didn’t help that, while reviews were mostly positive, there wasn’t a sense of zeal or immediacy behind that hype.

This coming week sees the wide release of Steven Spielberg’s The Fabelmans and Bones and All, as well as the Disney animated adventure Strange World.

You can check the rest of the weekend box office here.