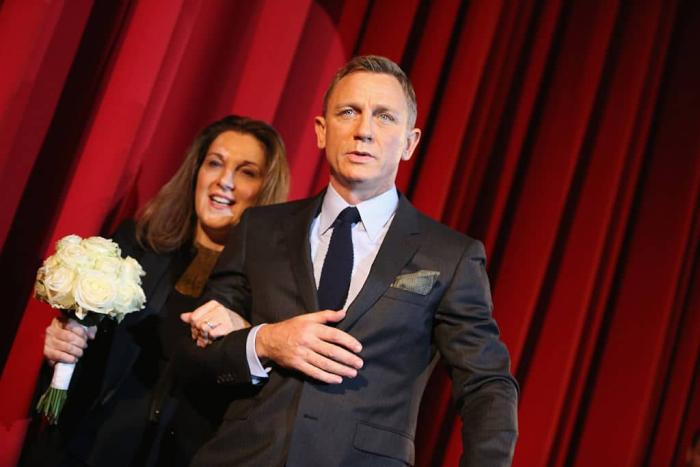 Barbara Broccoli has been the main producer of the James Bond franchise since 1995, taking over from her father and helping to shepherd one of the most iconic pop culture creations into the 21st century. With the 25th Bond movie, No Time to Die, set for an April release, Broccoli is back in the limelight. She also has a new movie to promote: The Rhythm Section, an action-thriller starring Blake Lively and directed by Reed Morano.

In a deep-dive interview with Variety alongside her co-producer and brother Michael G. Wilson, Broccoli details the heavy responsibility of being ‘the custodians of this character,’ The quote that has garnered the most headlines is one responding to the eternal question of whether Bond will ever be played by a woman.

‘He can be of any color, but he is male. I believe we should be creating new characters for women — strong female characters. I’m not particularly interested in taking a male character and having a woman play it. I think women are far more interesting than that.’

As you can guess, this has disappointed some people, and I get that. It does seem like a serious lack of imagination to say a character like this, with all his recognizable tropes and traits, could never work as a woman. Given how bloody rare it is for original big-budget blockbusters to have women headlining them unless the property is familiar, the dream of a female Bond also signifies how a gender-swapped reboot may be the only feasible way we could get such a story told on that scale.

I must admit, however, that I’m with Broccoli on this one.

Bond is a d*ck-strutting misogynist symbol of imperialism as the ultimate macho fantasy. Granted, he’s evolved a lot since the ’60s, and rightly so, but all that baggage would be way too much for a gender-swapped reimagining to take on. There’s something about the idea of ‘well hey, just put a woman in there but keep everything else the same’ that feels so tokenistic and lazy to me (and that doesn’t even get into the inevitable world-altering right-wing hate campaign of misogyny and abuse that would inevitably spring up around the poor woman cast in such circumstances.) Let’s make more movies told by women where we get to see kickass female leads and let’s make sure those projects get the money, studio backing, and treatment they deserve. It’s about time we had our own franchises like this.

Think of the 2017 thriller Atomic Blonde, starring Charlize Theron. It made over $100 million at the box office — over three times its budget — and yet no sequel? Never mind that it actually made more than the first John Wick movie and that still became a series (albeit one of the best in cinema right now.) The lack of follow-up on that movie really is indicative of how the goalposts are constantly moved for women in film: You can be a seriously bankable and Oscar-winning actress headlining a hit movie that critics loved, and that still won’t be good enough for a sequel.

Broccoli did say that a man of color could play the role, so I would like to reiterate a point that I’ve been making for a couple of years now: CAST DEV PATEL AS BOND, YOU COWARDS!

AND GIVE US ATOMIC BLONDE 2 WHILE YOU’RE AT IT!