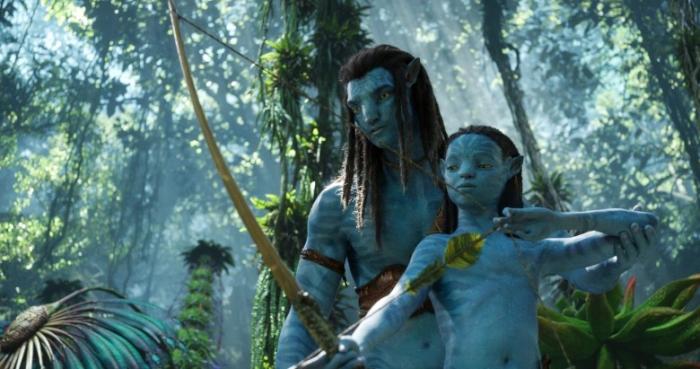 'Avatar: The Way of Water' Trailer: Is James Cameron Too Big to Fail?

We have written James Cameron off before, but the man does not make box-office flops. I think there is just something about the spectacle of his movies that make them almost too big to fail. People want to see if he finally craps out, and those people attract a crowd, and that crowd attracts a crowd, and suddenly, the man has put $1 billion in the bank for his studio. Ultimately, that’s good for the industry.

Can he do it again with Avatar: The Way of Water? I have no idea. It doesn’t look particularly compelling to me — it looks like an expensive, gorgeously rendered CGI cartoon that is thin on plot and big on spectacle. It looks like the kind of film built for theaters — it’s definitely not something you wait around to watch when it hits digital. You see it in the theater, or you don’t see it at all.

It’s been 13 years since the last Avatar, so if Way of the Water bombs, it will most likely be under the weight of expectations.

Set more than a decade after the events of the first film, Avatar: The Way of Water begins to tell the story of the Sully family (Jake, Neytiri, and their kids), the trouble that follows them, the lengths they go to keep each other safe, the battles they fight to stay alive, and the tragedies they endure. Note “begins,” in the logline, as this is the first of four sequels.

The Way of Water opens on December 16th.