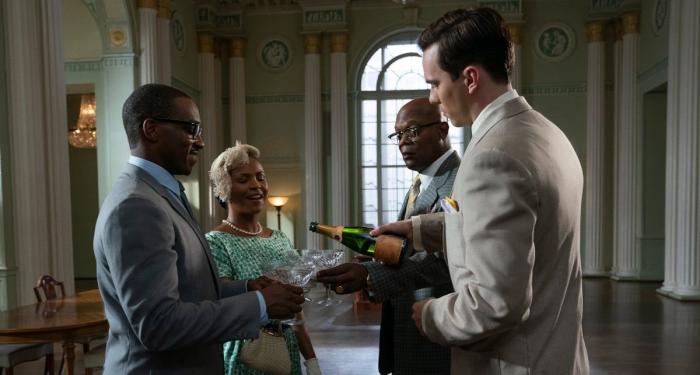 The Banker is an upcoming drama film starring Samuel L. Jackson, Anthony Mackie, and Nicholas Hoult. It tells the story of Bernard Garrett Sr., a founder of one of the first banks that gave loans to African Americans when few others in America would. Apple TV+ acquired the distribution rights to the title in July of this year, with many wondering if this was the tech giant’s first foray into Oscar season, following on from streaming services successes at Netflix and Amazon. The premiere was set to take place today as part of AFI Fest, with a limited release scheduled for December 6 as part of awards qualifications. However, that’s not happening anymore.

It was recently announced that Apple has decided to pull the release of The Banker after allegations made against the son of the real-life subject of the film. Bernard Garrett Jr., originally billed as a producer of the movie, was accused of sexually assaulting his half-sisters Cynthia and Sheila Garrett.

Apple was reportedly informed of the Garrett sisters’ allegations via an attorney, who asked that they shelve the movie. While they have yet to comment on the specifics of the case, in a statement announcing the film’s canceled premiere, Apple said, ‘We purchased The Banker earlier this year as we were moved by the film’s entertaining and educational story about social change and financial literacy. Last week some concerns surrounding the film were brought to our attention. We, along with the filmmakers, need some time to look into these matters and determine the best next steps.’

Further events and publicity appearances for the film have since been canceled and Garret Jr.’s name has disappeared from materials provided by Apple. The AFI Fest slot left open by The Banker was filled by Marriage Story.

Why Doesn't Dustin Watch 'The Mandalorian', and Other Questions Answered on Podjiba!