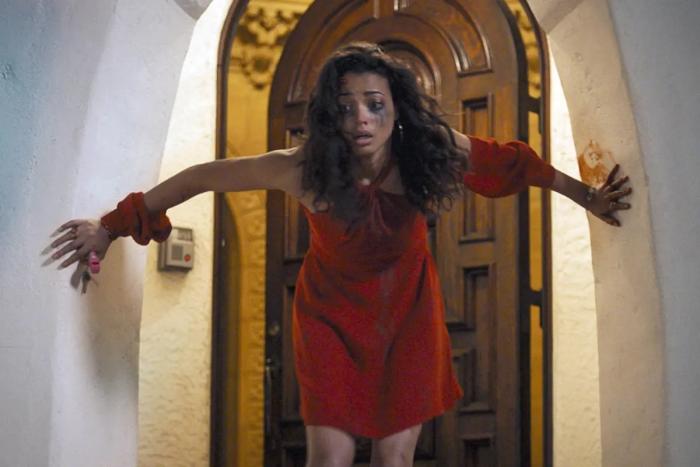 My least favorite kind of movie, and that one that infuriates me more than any other, is the horror film where the female protagonist spends the entire film being tortured in various ways by men. A lot of our first readers found this site by way of my review of Captivity, a review so brutal and hostile that it no longer lives on this site. The 2000s were a sh*tty decade for this kind of film, from Black Snake Moan to the I Spit On Your Grave remake to The Woman, my review of which literally got me banned from the Sundance Film Festival. The idea of wanting to watch a woman beaten, brutalized, and raped — even if she gets her revenge in the end — is not an appealing one for me.

Run Sweetheart Run, now playing on Amazon Prime, is a lot like the aforementioned films, only there is one critical distinction: It’s told from the female perspective by a female director. It did not make me like Run Sweetheart Run much more than the others, but I did appreciate what it was trying to say, even if it did so with all the subtlety of a boulder falling off a skyscraper.

The “sweetheart” here is Cherie (Ella Balinska), the secretary of a generic firm who is set up on a date with an important business client, Ethan (Pilou Asbæk). After briefly trying to charm Cherie, Ethan brings her back to his house and attacks her. She manages to get away, but then spends the rest of the film running from Ethan. Unfortunately, every time she attempts to get help from a man — including the cops, her own boss (Clark Gregg), or an ex-boyfriend — they either don’t believe her, think she is overreacting, or are in active cahoots with Ethan, who it turns out is a literal monster living in the skin of a human. The monster is able to track Cherie from the smell of her menstrual blood, which Cherie later uses to lure Ethan into a trap. Yeah.

Ethan, obviously, is the patriarchy, and Cherie is another would-be casualty of it. It’s a commendable theme in the post-Me Too era, and the perspective from which the film is told and the director who tells it, Shana Feste (Country Strong), provokes a much different response than a movie like I Spit On Your Grave. At the end of the day, however, it’s still another movie where a woman spends an hour and a half being brutalized by a man before finally getting her revenge in the last five minutes.

For what it is, save for a strong performance from Ella Balinska, it’s also just not very good. There are a few schlocky thrills (at one point, Ethan shockingly decapitates a victim with his teeth), but the message the film is trying to convey too often is overshadowed by the film’s preposterous turns. Cherie’s situation is meant to represent the real fear that women experience every day — the unpredictable and violent nature of men, victim-blaming police officers, male allies who turn out to be creeps, and mentors that just want to get into their pants — but the message is blunted by the dopey script, uneven direction, Ethan’s hammy nods at the camera, and even an odd conspiratorial cameo from Betsy Brandt. It’s a B-movie with an A+ message and a D- execution.