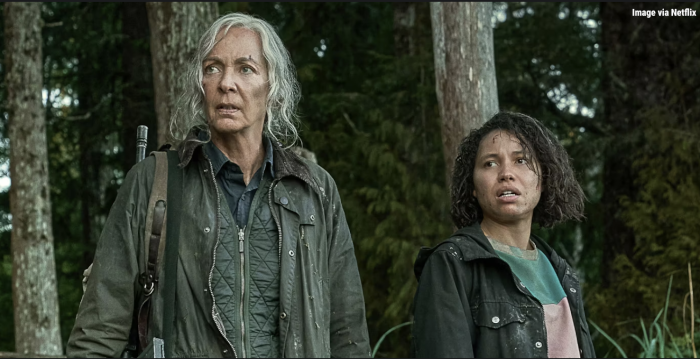 In Lou, Allison Janney plays a loner type, who looks as though she spends a lot of time on her porch yelling at clouds and kids. That is until a neighbor’s kid actually goes missing, which is when Janney jumps the track from Eastwood to Neeson as a 62-year-old actress who has some serious Charlize skills.

Does it look a little Netflix generic? Yes, yes it does. Do I still want to watch Allison Janey go hard AF on budget Tom Hardy, Logan Marshall-Green? Yes, yes I do. Jurnee Smollett as the mother of the missing child is just gravy.