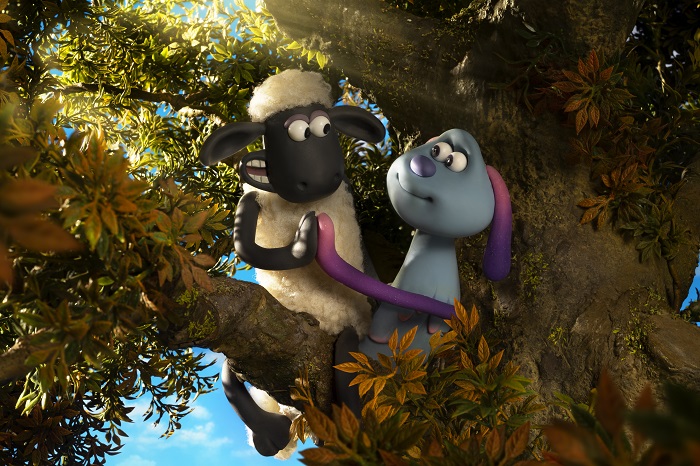 Farmageddon comes five years after the equally lovely Shaun the Sheep Movie, part of the claymation universe created by animator Nick Park, and crafted by some of the same hands that have worked in this world for a long time, including writers Mark Burton and Richard Starzak. It would be helpful to be familiar with the mischievous and clever Shaun the Sheep character before watching Farmageddon, but it’s not a requirement; this movie’s gentle rhythm is accessible without that prior knowledge. Basically all you need to understand is that if Shaun the Sheep Movie was an adventure about the affection and camaraderie that can grow between humans and animals—between two groups who realize they need each other, and are better for it—then Farmageddon expands that ideology into space, wondering: If there is alien life out there, would they want to be friends? 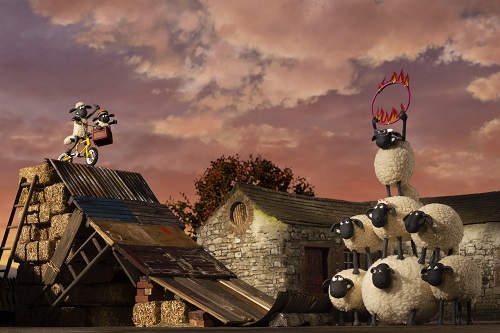 Set some time after the events of Shaun the Sheep Movie, in which Shaun (voiced by Justin Fletcher), the very fluffy Shirley (voiced by Richard Webber), the wild-eyed Nuts (Andy Nyman), the young Timmy (also voiced by Fletcher), and various other sheep snuck off for an excursion into the big city, everyone is feeling a bit stifled at Mossy Bottom Farm. Each day is, well, monotonous, as the sheep try to outsmart the sheepdog Blitzer (voiced by John Sparkes) who guards the farm on behalf of the foggy-glasses-wearing, red-haired Farmer (also voiced by Sparkes). To their credit, their plans are increasingly elaborate, and they keep irritating Blitzer: Led by Shaun, the sheep put together an Evel Knievel-inspired ramp; they build a hot air balloon; they shoot each other out of cannons—they’re having a grand ol’ time! But each time Blitzer hammers in a new sign with a red X marking through an illustration of whatever activity the sheep can’t do, their spirits are a little bit trod upon. 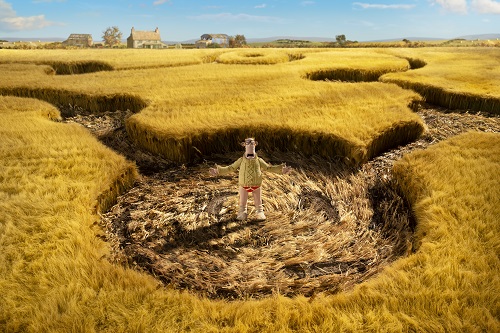 Until a mysterious new creature appears in their midst, chomping on the pizza the sheep had illicitly ordered using the Farmer’s laptop: pink and purple and blue, with numerous arms hidden underneath a long feathered body, with a wide, easy smile and glittery antennae that glow. The creature introduces itself as Lu-La (voiced by Amalia Vitale), and Shaun—who often seems almost incapable of surprise, given how he’s always one step ahead of everyone else—is caught off-guard, and then delighted. While Shaun forms a friendship with Lu-La, the Farmer realizes that the recent spotting of a UFO near town could be a money-making opportunity for his farm, and the Ministry of Alien Detection and its leader, Agent Red (voiced by Kate Harbour), descend upon the town to learn more about the UFO. Those three storylines march forward and eventually intersect in Farmageddon, which replaces dialogue with a series of sight gags and musical cues that are mostly quite enjoyable.

References to The X-Files and 2001: A Space Odyssey probably won’t mean much to younger viewers, but they’re satisfyingly deployed here. The scene where Shaun realizes the extent of Lu-La’s powers, in particular her ability to levitate objects with her mind, is quite fun (the two of them bouncing on a whizzing trampoline is a wonderfully energetic moment). A scene in a grocery store, where Lu-La discovers the candy bins and the glorious sugar high of neon-colored soda, buzzes with liveliness. The stop-motion animation throughout is really excellently done, and the movie’s production design effectively illuminates the contrast between the verdant nature of the farm and the more sterile, clinical feel of the M.A.D. team and Agent Red. And although this is a film mostly without dialogue, Vitale does a lovely job as Lu-La; her innocently excited delivery of “Zoom zoom!” is seared into my brain.

The story takes some obvious turns, including when it comes to Agent Red’s backstory, but I’ll take it given how much other cute stuff this movie does that I keep giggling about. My favorites: That Lu-La can imitate voices, so when she accidentally gets sucked into Shirley’s wool, she mimics Shirley’s voice from inside her puffy floof, and the echoing effect cracks the other sheep up. Or a recurring gag that the only thing that seems to freak Shaun out is driving, so much so that he destroys steering wheels with his exceedingly tight grip. Or the Farmer’s inability to ever know where his pants are. Or a sight gag that is actually about a bull accidentally ending up in a china shop. I don’t know, guys! The world is both figuratively and literally on fire. A Shaun the Sheep Movie: Farmageddon is probably the very low-stress, very charming antidote you need right now. It worked for me!

A Shaun the Sheep Movie: Farmageddon started streaming on American Netflix on Feb. 14, 2020. 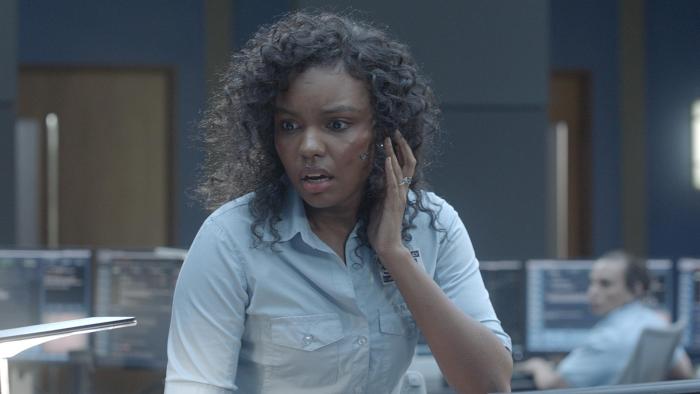 Don't Question It: #911WhatsTheEmergency Is Trending On Twitter For Ridiculous Reasons