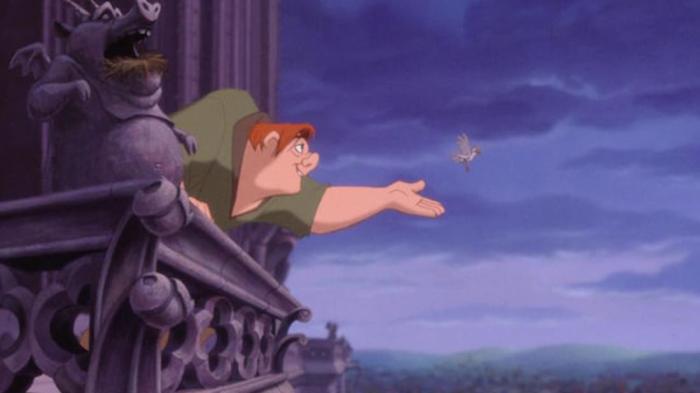 In 1991, Gary Trousdale and Kirk Wise were the brightest young talents at The Walt Disney Company. The young animators, barely in their 30s, had directed the opening sequence of an Epcot attraction before being given the reins of a feature film that the studio was struggling to get off the ground. After some serious script retooling and a compressed timeline of two years to finish the film (Disney usually offers four), Trousdale and Wise took their unfinished film to the New York Film Festival and earned a ten-minute standing ovation. A few months later, they earned the first-ever Best Picture Oscar nomination for an animated film, and Beauty and the Beast became an instant classic.

The 1990s are typically characterized as Disney’s Renaissance era, the decade where the studio scraped its way back to the top of the pile after several years of failures and near-bankruptcy. The company was back to making the kinds of films that had defined them in their early days; lavish fairy-tales and re-imaginings of classic stories, all told with that inimitable Disney style. Beauty and the Beast was preceded by The Little Mermaid, widely agreed upon to be the first Renaissance movie, and followed up by takes on the Aladdin and Mulan stories, a version of Hamlet with lions, and a manic action satire version of Greek mythology. Amidst this era of reassured industry confidence and audience interest, Trousdale and Wise went to work on their next movie, which turns 25 this week. Even by the changing standards of the studio in the ’90s, nobody could have predicted that Disney would put its weight behind a movie like The Hunchback of Notre Dame.

Disclaimer: The Hunchback of Notre Dame is my absolute favorite Disney movie. Sure, I can point to films that are more consistent in the studio’s canon but this is the one that thrills me the most. Indeed, I truly believe it’s the biggest creative risk the company ever took. Even after the boost of the Renaissance, financial safety wasn’t guaranteed, but this was a time of renewed critical excitement. Led by the likes of Jeffrey Katzenberg, then the Chairman of Walt Disney Studios and a man who was very eager to replicate the Oscar success of Beauty and the Beast, Disney’s animation division shot for the stars with some seriously lofty concepts. Some worked — The Lion King is now one of the all-time highest-grossing pieces of entertainment — and some didn’t — hi, Pocahontas. A lot of critics tend to place The Hunchback of Notre Dame in the latter category, which seems misguided at best. This is a nervy film that could only have been made at Disney at this exact moment in time, and it deserves to stand tall as a fascinating experiment that succeeded far more than it failed.

From the jump, this film is willing to go to some bleak places. In its opening five minutes, we see the pious Judge Frollo, Paris’ Minister of Justice, and his soldiers ambush a group of Romani travelers, including a woman cradling her newborn son. Then, Frollo tries to kill the baby before being struck with fear of eternal damnation and agrees to raise the child in the Notre Dame Cathedral.

If you know the story of Victor Hugo’s 1983 novel on which the film is based, none of this will surprise you. But even after multiple rewatches, it is startling how unforgivingly bleak this scene is. Without a drop of ambiguity, this is a scene of attempted genocide with the threat of child murder. Disney is often able to get dark with its villains but seldom with such realism. There’s no magic in this moment. Frollo isn’t casting spells or cackling maniacally. He’s ruthlessly targeting and killing a marginalized group. That level of grim continues throughout the following 90 minutes.

Many critics seemed disappointed by the ways that Disney watered down the source material to make it more Disney-esque. It sure would have been interesting to see a true adaptation of Hugo’s novel where EVERYONE DIES and it turns out Esmeralda was a white girl kidnapped by the Romanis and replaced with Quasimodo, leading the townsfolk to believe they cannibalized the child (?!) Still, I like a lot of these changes. Esmeralda has far more autonomy as a savvy female lead with a sharp wit and hunger for justice (although she is still pretty heavily sexualized and it’s notable that the studio’s most sexualized characters of this era were all women of color.) The general themes of doing the right thing and fighting for fairness in the face of a hypocritical ruling power shine through, even if some of those moments feel a touch neutered. Such thematic dilution isn’t the default mode for the movie, however. It takes its central story very seriously.

The character of Judge Frollo, voiced by Tony Jay, is maybe Disney’s most terrifying villain, if only because of how horrifyingly familiar he feels. He doesn’t want to take over the world or have grand powers. He is a government official wielding the fear of God to sadistic lengths. In his requisite villain song, ‘Hellfire’, he worries that his fetishistic desire for Esmeralda will damn his soul to the eternal burn of Satan’s rule. Disney’s villain songs are most often fun frolics that endear the audience to their dastardly plight. How often have you had ‘Be Prepared’ or ‘Friends on the Other Side’ stuck in your head? ‘Hellfire’ is a different beast, one that deepens its villain but only to make him even more repulsive. Even as you feel repelled by Frollo, you understand how truly high the stakes are for this man of deep faith, albeit one who happily abuses its tenets for his own purposes. Composer Alan Menken has a number of bona fide masterpieces to his name, but seldom has he attempted something as layered and mature as what he did on Hunchback. This is music to repent your sins to, but in a good way.

7 years before Pirates of the Caribbean officially became Disney’s first PG-13 release, Disney seemed truly ready to make that leap, yet all this lust, violence, and genocide still got a G. As the film’s screenwriter, Tab Hunter, recently told The New York Times, ‘That’s the most R-rated G you will ever see in your life.’ Blame the gargoyles, I suppose. They really are the worst part of this film, an obviously shoehorned in family-friendly aspect to distract any concerned parents from the themes of eternal damnation and genocide. The trio of wisecracking statues who remain Quasimodo’s only friends act as the token wacky sidekicks to the scrappy hero, another beloved Disney trope. They puncture moments of pathos with inappropriate gags but aren’t loveable or funny enough on their own to be enjoyable in spite of this. Essentially, they are the cloying distractions that audiences feared Olaf would be when we all saw that first trailer for Frozen. Their big number includes Genie-esque pop culture references and some of Menken and Schwartz’s worst lyrics. Many years ago, there was a bootleg cut of the film on YouTube that removed the gargoyles altogether and I cherish my memories of it. Just pretend the gargoyles are all in Quasimodo’s head and they become more bearable. Somewhat. It’s tough, guys, one of them is Jason Alexander.

The weak parts of The Hunchback of Notre Dame are undeniable, but their presence only heightens the sheer nerve of the movie’s risks. Nowadays, Disney is known as the safest pair of hands in the game, a guaranteed money maker of untouchable prowess. Their formula is airtight. Even when they subvert it with movies like Frozen, a classic Disney fairy-tale that poked fun at the studio’s own well-worn themes (‘You can’t marry someone you just met!’) The brand remains both profitable and instantly iconic, more powerful now than it’s ever been. It’s unlikely they’ll ever again try to make something as unsafe and potentially scandalous as The Hunchback of Notre Dame, a film where the representative of the church is the bad guy and the Romani travelers confront genocide. One can already imagine the bad faith clickbait anger such a movie would inspire among the usual suspects.

Moreover, Disney doesn’t seem especially interested in acknowledging the film in any way. They haven’t even milked the movie for nostalgia purposes in the same way that has become expected of Disney cartoons. You won’t find any Quasimodo plushies on shelves or character meet-and-greets at Disneyland. There was a successful German-language stage adaptation and an off-Broadway transfer that won over many critics, but there are no plans to take it to Broadway. A live-action remake of the movie is also reportedly in the early stages of development. Whether Disney allows this remake to go ahead and remain as forceful as its source material remains to be seen. We’ve already seen how its assembly line of remakes has served to dilute those elements that made the films work in the first place.

Perhaps it is futile to ask a company like Disney to be braver with its output (although they certainly could afford to be). Nonetheless, I watch The Hunchback of Notre Dame over and over and wonder what could have been had the studio saw the benefits in staying off the beaten track.