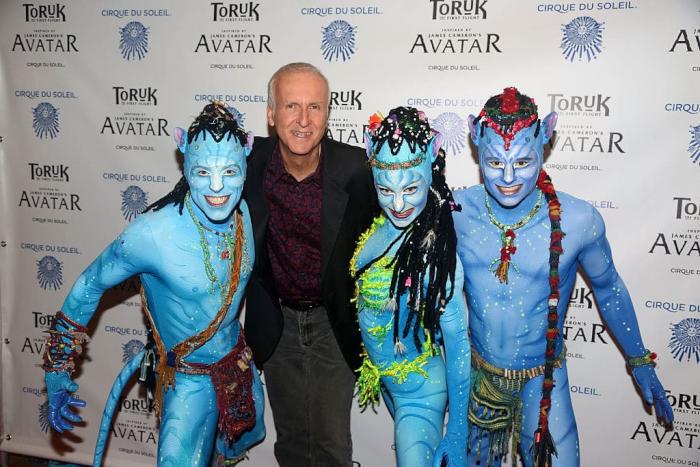 No, Really, We're Totally Getting 'Avatar 2' This Year, Promise!

It’s something of a pop culture running joke these days that James Cameron’s Avatar is the biggest success with the smallest shelf life. The movie is still the highest-grossing film of all time, a title it snatched back from the claws of Marvel’s Avengers: Endgame thanks to a recent re-release in China. Overall, it has *deep breath* $2,847,246,203 in the bank. A sequel — actually, no fewer than four sequels — has been in the works for years now. Preliminary shooting started in August 2017, followed by principal photography simultaneously with Avatar 3 in New Zealand the following month. Filming concluded in late September 2020, after over three years of shooting. Since then, we’ve just been waiting for news and watching as release dates were pushed back more than once.

Avatar 2 is scheduled to be released on December 16, 2022, And it’s totally going to happen, OK? Don’t believe me? Listen to 20th Century Studios’ president, Steve Asbell, who recently sat down with The Hollywood Reporter to detail how the company is operating under the ownership of Disney. Mostly, it means a f**kton more IPs getting mined for content, which we all knew would happen. But he also confirms that, yes, Avatar 2 will make its release date for the end of this year:

‘It’s going to blow people away. You’re not ready for what Jim [James Cameron] is doing. I can tell you that there is no better marketing apparatus in the business than the one at Disney. They will do an incredible job reigniting that passion for the original film. This is not just a sequel, it’s a saga. And it’s a family saga. It will be compelling on its own, but it will also be extremely compelling to return to those characters and to see how they’ve evolved. It’s less about Avatar being a really big movie and more about how Avatar was a really important cultural moment for audiences. I don’t think it will be hard to convince people to come back.’

The Avatar franchise continues to be such an odd duck. Sure, nobody really talks about it anymore beyond it being this flash-in-the-pan SFX marvel, but megahits have been made from far less, and it always feels like a bad idea to bet against James Cameron when it comes to making all of the money. He’s really good at that. Can this franchise, as is set to become, stick around in an era where every nine-figure studio tentpole looks like this and uses the same amount of wall-to-wall photorealistic CGI? Is the promise of Cameron yet again pushing the technological boundaries enough to hook audiences into making these films billion-dollar hits? Cameron has talked up his development of new tech to film performance capture scenes underwater, a feat never accomplished before, and it could certainly be visually sumptuous if he pulls it off.

I wouldn’t write it off just yet. Disney won’t dump this film unceremoniously like they’ve done with many of their Fox acquisitions (justice for The Last Duel). We are, however, talking about some of the most expensive films ever made. The reported budget for this one is about $250 million, which mean it’s probably about $300 - 350 million in terms of cold hard cash. They’ll need record-breaking grosses just to break even and justify getting to Avatar 5. Where can Cameron go from here?