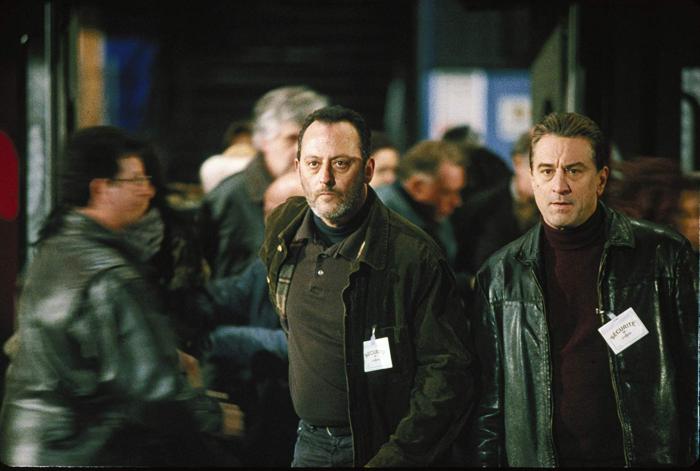 Ronin is a 1998 action film directed by the late, great John Frankenheimer. Set mostly in Paris and Nice, the film is about a group of incognito mercenaries who are separately recruited to retrieve a mysterious briefcase from an ill-defined adversary. Ronin is most often remembered for its fantastic car chases, which are sometimes held up alongside other top notch examples of its type seen in films like The French Connection and Bullitt. Other than those car chases though, Ronin is often left out of very important conversations like ‘the best action films of the nineties’. And that’s a mistake. A big mistake. Because Ronin is a masterpiece. A sorely underappreciated action gem from a time before CGI took over everything.

And I love every little thing about it.

I love the cast. Ronin was the last time Robert De Niro could reasonably do his tough guy in a leather jacket thing before it just didn’t make much sense anymore. Two years after Ronin, Meet The Parents came out, and that was that. The fact that alongside De Niro Ronin also has Jean Reno doing his absolute best ‘tough French guy with inscrutable eyes of steel and a warm heart beating just underneath the surface; yes, don’t worry, of course he’ll give you a cigarette’ thing and you’d already be having yourself a party. But then on top of that you have Natasha McElhone doing a pitch perfect Irish femme fatale who moves seamlessly from menacing to mysterious to vulnerable to kickass. As if that wasn’t enough you also have Sean Bean chewing the complete sh*t out of the scenery as a wannabe tough guy. In Ronin, Bean gives us one of the best ‘all bark, no bite’ characters in action cinema: All exaggerated mouth movements and broad gestures and big, hyped-up stories of his own toughness that are ultimately undermined not just by his failure to do anything right, but his nervy body language and hollow, terrified eyes. Bean’s character looks like he’s on a comedown after the tenth hour of a serious coke binge, all gurning jaw and exhausted boisterousness. He even vomits after a weapons deal goes bad and turns into a shootout for god’s sake. Some mercenary. He is dismissed from the group before too long, yet every second he’s on screen he’s perfection. Aside from those four, Ronin also features a beautifully sweaty and sinister Stellan Skarsgard as the man whose name everybody in the film just loves to pronounce: Gregor. Everyone in Ronin gets a chance at saying ‘Gregor’ at least a few times. And they all have a whale of a time getting every possible permutation of feeling out of it. Gregor and Gregor! and Gregor?! and Gregorrr and Grregor and G R E G O R. Everyone just has a blast.

I love every little thing about this damn film.

I love the little bean-headed bald man who the main characters chase after in one of the main car chases in the film. That chase is—obviously, it’s Ronin—awesome: It’s dynamic and paced extremely well, and the camera always let’s you know where everyone is in relation to everyone else. But maybe more than anything I love this little bald man in a suit and awful sunglasses. I love him because of his suit and his awful sunglasses. He’s such a unique little French villain. The best thing about him is that he’s basically just a villain because he carries The Briefcase.

And speaking of The Briefcase.

I love The Briefcase.

Ronin’s entire plot is basically just a shameless McGuffin chase, but it’s one of the best examples of that ever made. It knows what it is, and it elevates itself by nailing it without worry about trying to be much else. The central players in Ronin are all brought together by Natasha McElhone’s character, who promises them money in return for getting The Briefcase for her employer. Her real identity is never revealed, neither is her employer’s—though that’s hinted at a little bit—and the same goes for De Niro, Reno, and all the others. We never know what’s in The Briefcase, and we only get hints and feints at the histories of these people. Our knowledge of them doesn’t come from labels and the connotations we attach to them instinctively. There’s no ‘architects’ or ‘bankers’ or ‘writers’. These are just people wanting to get paid for some work. Obviously there are military and similar backgrounds implied, but they’re not the important parts here. More important are the details we glean from how they approach the job, and from their interactions. De Niro is calculating, almost Neil McCauley-esque, albeit a bit older, more tired, yet with a cheeky streak. Reno is warm and caring—for a mercenary anyway—instantly feeling a kinship with De Niro and laughing at his dry jokes. Skipp Sudduth’s driver seems slightly out of his depth, a little wide-eyed, but then he gets behind the wheel and he becomes a heat-seeking missile. Sean Bean is… Well, I’ve already gone into enough detail about why I love Sean Bean in this role more than is reasonable. The man is northern and he still sounds like he’s putting on a northern accent in Ronin, that’s how outsized a performance it is. ‘Got the SWAG! Kept the MUHNEY! JOB WELL DUN!’, his mouth making entirely inexplicable shapes during. Beautiful.

Director John Frankenheimer said in an interview at the time that he chose to do Ronin because of the script, saying it was “the kind of movie I’d love to go see … What I like is, it’s a character-driven action picture, and I have done those before, with Black Sunday and French Connection II. It’s not one of these CGI pictures, it’s a film about people. It’s not bigger than life, which I don’t relate to that much.”

On the surface of it, it sounds ridiculous to say Ronin is a character-driven film. But it absolutely is. It somehow manages to be both light and focused entirely on the chase of this unknowable McGuffin, yet also detailed enough in the margins that the people doing the chasing still feel weighty and real, albeit also unknown.

I love every little thing about this film.

I LOVE the boat house story.

The boat house story is a wonderful mini play of human interaction, hubris, and deceit. It’s still early in the film, and the crew is getting to know each other while planning the job. Bean has been talking up his ostensible past in the SAS throughout. Not everyone has been buying it. Seizing the opportunity to look like the big man, Bean proposes a plan. A very stupid plan. This is the straw that breaks the back of De Niro’s patience, and he steps up to stop the nonsense. It’s so good:

I still say ‘What colour is the boat house at Hereford’ regularly in my day-today life.

I love how even though we don’t really know who anyone is, everyone apparently sort of maybe knows everyone else from something that happened before. The specifics are never gone into. All we ever get is the characters greeting each other with arch, knowing references to ‘Vienna’. I love that kind of sh*t.

I love how the guns sound in this film. I’m a huge stickler for gun sounds in film. Ronin is no Heat. Nothing is. But its efforts to make guns sound like they actually do in real life should make many action movies and their pea shooter audio recoil in embarrassment.

I love the fact that Jonathan Pryce lamps Stellan Skarsgard in the face and into some shelves. Cinema!

I love all the market stalls that get destroyed in the crazy car chases through small French streets. A glorious cinematic tradition!

I love the French sirens during the chases.

I love the fact that it ends as it begins, with De Niro wandering through the dark, vertiginous streets of Montmartre. I’m a sucker for circular structure like that. It makes it seem almost like a fable. A fable with Sean Bean throwing up.

I love the fact that it’s a film about a bunch of mercenaries chasing a pay check and it’s called Ronin, and it makes overtures to not just the tragic connotations of the master-less samurai class through its title, but it doubles on it by having a little French outlaw doctor fella wax poetic about them while painting figurines. As if that wasn’t enough, the film’s central musical theme is a mournful, mythical evocation of loss and honour and all these other themes that shouldn’t have any place with a film that, on paper, looks like Ronin. But it does, and fits, because Ronin is a stone-cold classic and I love every little thing about it.

← Mark Ruffalo in '13 Going on 30' Is the Hottest Character of the Last 20 Years | Review: As Defined by Passion as It is By Desperation, 'Ammonite' Refuses Easy Classification as a Love Story →