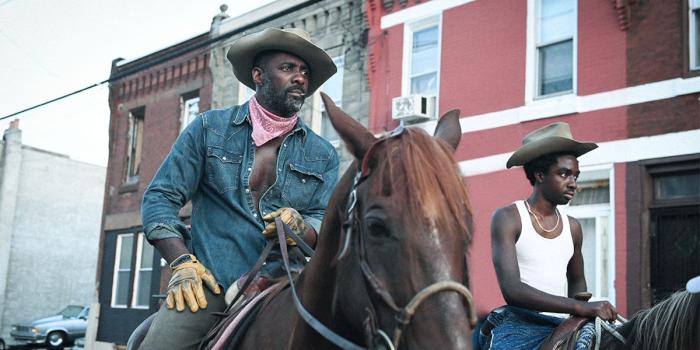 Each year, Toronto International Film Festival proves a launchpad to award season, premiering movies with sparkling stars, big drama, and breathtaking moments of pure cinema. This year, this esteemed fest has undergone a bit of a makeover that offers a virtual component for those who can’t make the trip to Toronto. On the ground, TIFF will be offering socially distanced screenings and drive-ins. On the web, there will be digital screenings, virtual red carpets, press conferences, and industry talks. So, while none of the Overlords will be pounding the pavement (and pounding down poutine) in Toronto, we will still do our best to bring you the best of the fest. 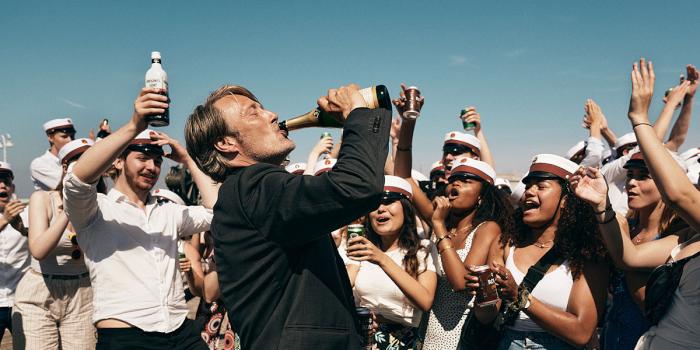 ANOTHER ROUND (Dir. Thomas Vinterberg): Hannibal’s Mads Mikkelsen plays a disenfranchised middle-aged man who decides that the best way to achieve happiness is to be drunk all the time. Festival season is always full of tales of middle-aged white dude ennui, but Another Round promises something much more affecting, and potentially weirder if Vinterberg’s history as one of Denmark’s cinematic troublemakers is anything to go by. —Kayleigh Donaldson 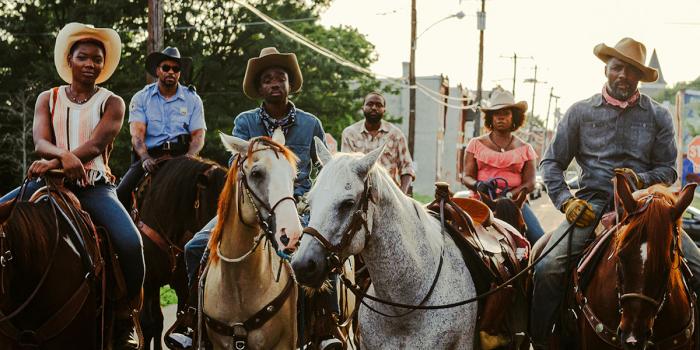 CONCRETE COWBOY (Dir. Ricky Staub): This one hooked us by the image up top: Idris Elba astride a horse and glorious. The feature debut of co-writer/director Ricky Staub stars Stranger Things’ Caleb McLaughlin as a troubled teen who spends the summer in North Philadelphia with his estranged father (Elba). There, the boy is torn between the temptations of a life of crime and the sub-culture of urban cowboy. Love an unconventional Western. Love Elba. Bring it on. —Kristy Puchko 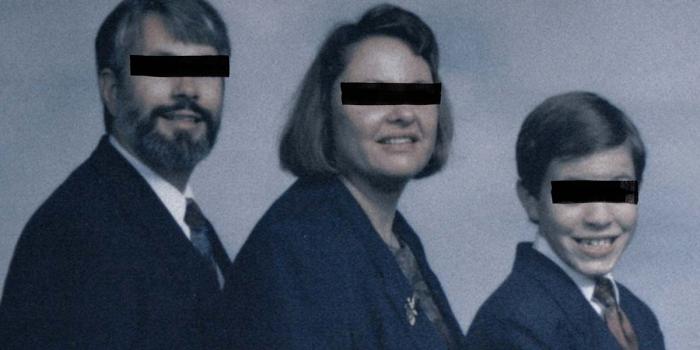 ENEMIES OF THE STATE (Dir. Sonia Kennebeck): Hankering for true crime? TIFF’s offering this dizzying story of an American family forced to flee the country when their son was accused of major crimes by the government. Was he a dangerous hacker working with Anonymous to release confidential CIA documents? Was he a child molester who made up a conspiracy theory to cover his tracks? Was it a bit of both? Kennebeck digs in. —Kristy Puchko 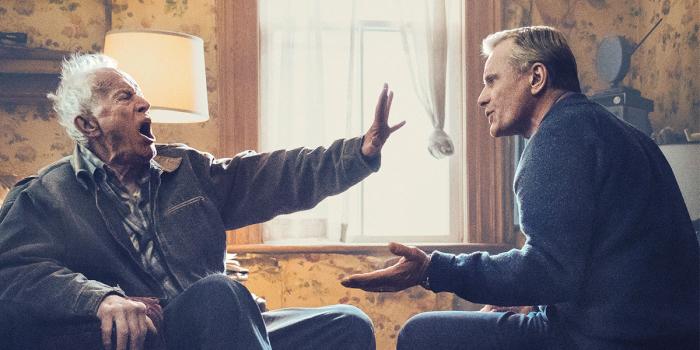 FALLING (Dir. Viggo Mortensen): Viggo Mortensen directs himself in this drama about a gay man forced to care for his ailing and deeply bigoted father in his final days. This could be an affecting tale that steers clear of clichés, or it could play right into them and go full Green Book. Honestly, it’s hard to tell. Also, Falling stars David Cronenberg as a proctologist. —Kayleigh Donaldson

HOLLER (Dir. Nicole Riegel): Writer/director Nicole Riegel makes her feature debut with this intriguing coming-of-age drama set in the thick of a dying industrial town. Jessica Barden (The End of the F***ing World) stars as a high school senior whose acceptance to college could forge a path out of her crumbling hometown. However, to afford it, she and her brother must team up with a shady crew of scrap metal scavengers. The premise gives us Little Woods and Winter’s Bone vibes, so we’re damn-near giddy. —Kristy Puchko 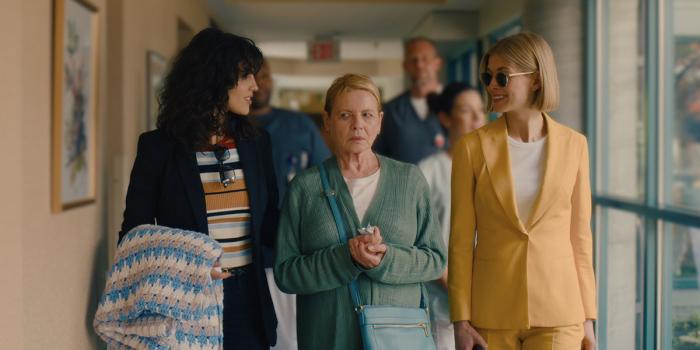 I CARE A LOT (Dir. J. Blakeson): Rosamund Pike and Peter Dinklage are two undeniably talented actors who never seem to get their dues on the big screen. This ice-cold legal thriller could give them some real meat to chew on. Pike plays a legal conservator who defrauds elderly clients before running afoul of a violent gangster, played by Dinklage. Director J Blakeson previously made the underrated grimy British noir The Disappearance of Alice Creed. —Kayleigh Donaldson 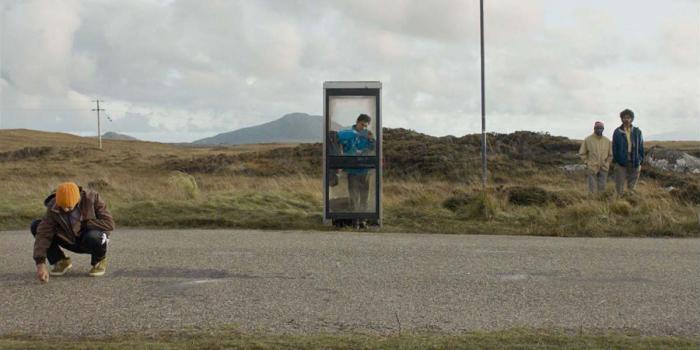 LIMBO (Dir. Ben Sharrock): It’s still dishearteningly rare to see Scottish films that center the stories of people of color, so hopes are high for Limbo. Amir El-Masry from Tom Clancy’s Jack Ryan plays one of a quartet of Syrian asylum seekers living on a remote Scottish island. Stuck in a strange purgatorial state as well as one of intense culture clashes, they seek to find peace, community, and a long-term home. Given that Scottish cinema is still defined as a combination of Trainspotting or Brigadoon, the presence of Limbo on our screens can’t help but feel somewhat heartening. —Kayleigh Donaldson

NOMADLAND (Dir. Chloé Zhao): Frances McDormand stars as Fern, a sixty-something who lost just about everything in the Great Recession. So, she sets forth West, seeking a new identity amid the modern Nomads who live in caravans and rolling communities. I’ll follow McDormand wherever she chooses to leave, but Nomadland is doubly exciting because of its director. Zhao is the indie auteur the MCU has entrusted with the upcoming Eternals. Yet between that superhero tentpole and her critically championed drama The Rider, she made a movie small and casually captivating. Just look at that teaser and tell me you’re not intrigued! —Kristy Puchko 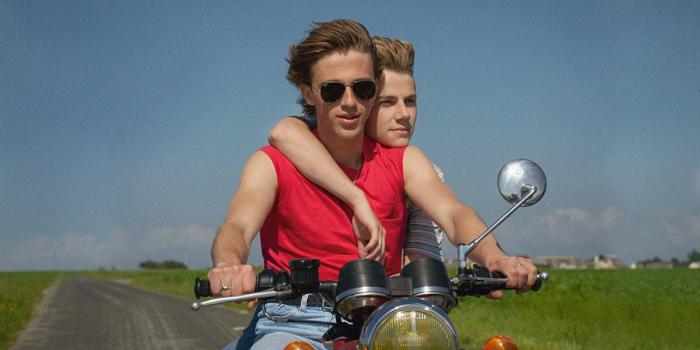 SUMMER OF ‘85 (Dir. François Ozon): This heralded French director likes to jump around genres. Yet his work is bound by the common themes of satire, social disarray, and an intensely liberal view of human sexuality. After making films about the abuses of the Catholic Church and cheating lovers, he has turned his attention to young love and the intense Summer affair between adolescents Alexis and David. Comparisons to Call Me By Your Name have already been made but don’t expect Ozon to be coy or restrained in his own narrative. —Kayleigh Donaldson 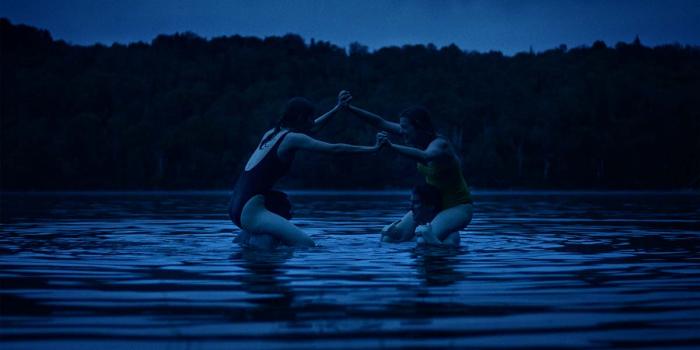 VIOLATION (Dir. Dusty Mancinelli and Madeleine Sims-Fewer) Sims-Fewer co-wrote/co-directs and stars in this Midnight Movies offering that’s drawing comparisons to the work of Catherine Breillat and Lars von Trier. The story begins with an unhappily wed woman (Sims-Fewer) taking a weekend away with her husband, sister, and brother-in-law. Rest and relaxation take a backseat to betrayals and revenge in a psychological thriller that’s guaranteed to f*ck with your head. —Kristy Puchko

Epidemiologists do not think it’s safe yet to go to theaters even with social distancing and safety measures in place. This article is not an endorsement or suggestion otherwise. Our reviewers are covering the films remotely with the use of screening links.

← Are You More Badass Than A Celebrity? Here's An Easy Way To Find Out | Jimmy Fallon Just Had Three 'SNL' Legends Play His Aunts →