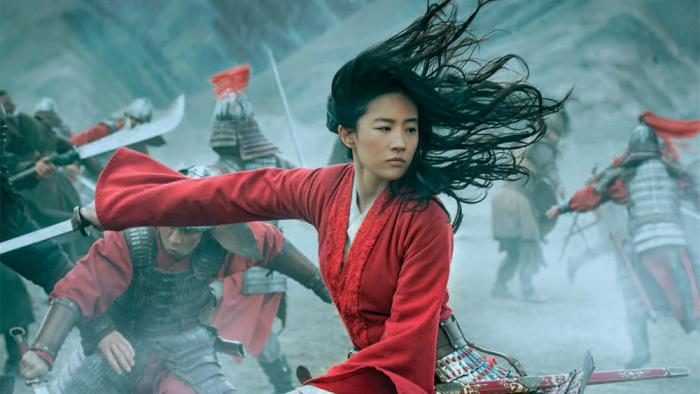 Those of you who are starving for a decent movie may not have to wait much longer, because Seth Rogen’s American Pickle premieres on HBO Max this weekend!

But also, after several release-date delays, Mulan is finally going to see the light of day. On Disney+. For $30. On top of the monthly subscription costs. Internationally, it will also open in some theaters, although in other countries, it will also be made available for roughly $30.

It sounds insane to spend $30 (plus the monthly subscription) to watch a movie best seen on the big screen, but on the other hand, the Katie Holmes’ movie, The Secret: Dare to Dream, is the number one movie on iTunes right now, and it cost $20. Spending $10 more on a movie more on a better movie that more family members are likely to enjoy seems downright cost effective. Those of us with kids will gladly pay the $30, not just out of desperation, but also because it is still cheaper than going to see it in the theater, and it’s also much less of a hassle. If Disney wanted to make all of their family movies available at home for $30, I would be fine with that.

Tenet, on the other hand, I desperately want to see in theaters, and it is kind of a dick move for Disney to release Mulan on the same weekend. Meanwhile, Disney says that this is a “one-off,” and they have no plans yet to do the same with Black Widow, but they will see how the experiment goes. If we’re still without theaters come Thanksgiving, and the $30 gambit pays off reasonably well, I am sure that Black Widow will also find itself available for after turkey dinner.

Chepek again says they're going to learn from Mulan in regards to future tentpoles going to Disney+ premium.

Which means, if Mulan is a hit we could see things like Soul and Black Widow not be delayed and instead do the same thing.