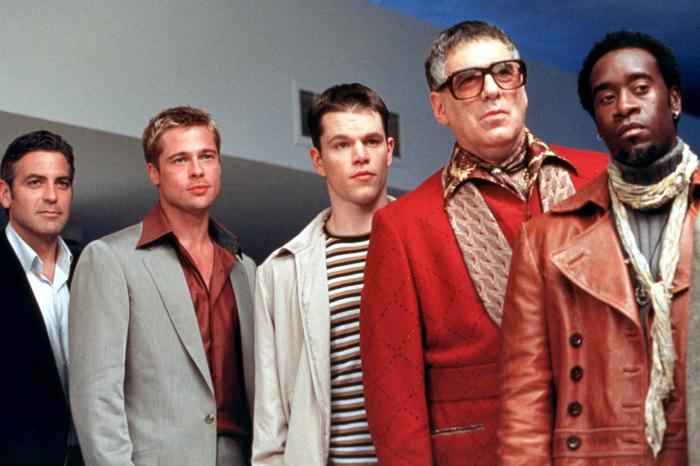 There’s a reason why a lot of people cheer for the bad guys when they watch movies and television shows.

The bad guys usually have better lines than the good guys. They look really hot, and the fact that they’re bad guys makes them even hotter. They have awesome sex (the phone booth sex between Christian Slater and Patricia Arquette in True Romance comes to mind, as well as Linda Fiorentino f-cking Peter Berg up against a chain-link fence in The Last Seduction). They care absolutely nothing about the rules, or the people who make and enforce them. And they do what they want, when they want without answering to anyone and without caring about the consequences. Getting to live vicariously through these fictional hellraisers is why we get mad when we hear about some hacker(s) who manage to infiltrate e-mails and servers for video game companies, but do nothing about hacking into Sallie Mae and wiping out everyone’s debt. It’s why the Great Resignation has made people (particularly those in the Antiwork subreddit) say numerous variations of “I’m supposed to feel sorry for that bitch? I don’t!” about employers who are unable to keep their employees or find new ones to take their place. Everyone is fed the f-ck up with the exploitative bullsh-t that their employers have gotten away with for decades, and they don’t want to take it anymore. Most of us are not smart, capable, or ruthless enough to be criminals who pull off elaborate heists that will leave us rich beyond our wildest dreams and living happily ever after across the border as a result, so we sit back and enjoy watching the exploits of those who are fully capable of turning such dreams into reality. One of the best and most recent examples of criminals breaking the rules while making damn sure that they’re alive and free so they can break the rules another day is Ocean’s Eleven, which was a remake of the 1960 film of the same name, and which opened in theaters in December 2001.

Danny Ocean (George Clooney) is a thief and con artist who has just been granted parole and is released from prison after serving four years. Once he’s free and reunites with his best friend/partner-in-crime Rusty Ryan (Brad Pitt), Danny makes it clear what he has on his mind: pull off one of the biggest robberies in the history of Las Vegas by hitting not one, but three casinos, for all of the money that they have. Danny wants this to happen on a fight night, which means that the casinos will be carrying an even bigger monetary amount in their vaults than usual: in this case, over $150 million. To pull a job this high-risk and this complex requires a very large crew comprised of fellow criminals who don’t scare easily, who won’t lose focus, and who are extremely good at what they do. Those criminals are business tycoon/former casino owner Reuben Tishkoff (Elliott Gould); casino employee/inside man Frank Catton (the late, great Bernie Mac); mechanics/argumentative brothers who can never shut up or get along Virgil and Turk Malloy (Casey Affleck, Scott Caan); electronics/surveillance expert Livingston Dell (Eddie Jemison); explosives expert Basher Tarr (Don Cheadle), acrobat “The Amazing” Yen (Shaobo Qin); retired con artist Saul Bloom (the late, great Carl Reiner), and pickpocket Linus Caldwell (Matt Damon). The reason why Danny wants to do this heist in the first place?: 1) As he says to Rusty: “Why not do it?” 2) All three casinos are owned by the ruthless and methodical Terry Benedict (Andy Garcia), whose girlfriend is art gallery curator and Danny’s ex-wife, Tess (Julia Roberts). If this robbery should somehow make Tess realize that Terry is absolutely the wrong partner for her, and that Danny still loves her, then let the chips fall where they may.

When Ocean’s Eleven was released in theaters, it received glowing reviews, though some of those positive reviews seemed reluctant to praise the film. One of them was from the late, great Roger Ebert, who liked Ocean’s Eleven, but saw it as a step down for Steven Soderbergh in comparison to his earlier work, and compared it to how a serious pianist will stop what they’re doing and play some honky-tonk just to relax and have some fun before getting back to their more serious task. Ebert may have felt that Ocean’s Eleven was just routine and ordinary and nothing exceptional, but Soderbergh wasn’t attempting to reinvent the wheel and give us an intricate puzzle box like The Usual Suspects that would make the audience’s heads explode right before the closing credits. He’s clearly looking to have some fun with this film, while also making sure that the audience is having fun as well. He wanted this to be a film that’s truly worth watching and remembering, not just a two-hour-long excuse for an all-star cast to coast and crack jokes while getting paid to do so. (If you’re old enough to remember The Cannonball Run films, Soderbergh made it clear during interviews that he wanted to avoid Ocean’s Eleven turning out to be like that) 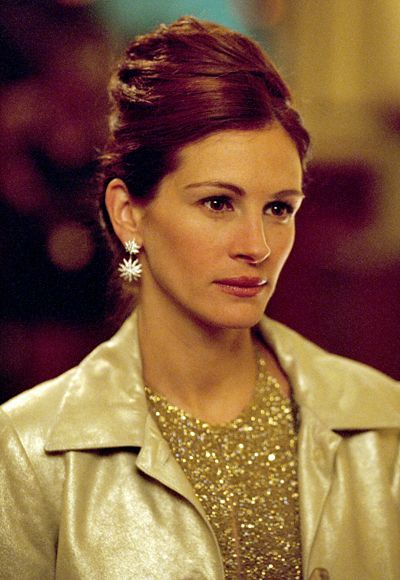 Thanks to Soderbergh’s direction, an incredibly clever and funny screenplay by Ted Griffin, and the vast amount of connections by the late producer Jerry Weintraub that made much of the film’s production possible, Ocean’s Eleven was and is a film worth watching, and there is practically a laundry list of reasons why that is: The music score by David Holmes. Reuben’s history lesson about the three robberies in Las Vegas that were the closest to actually being successful. Rusty feeling the need to eat something nearly every time that he’s onscreen. “Go find Griggs.” “Who?” “Just find him, will ya?” Frank’s charming and aggressive negotiation with Billy Tim Denham (“Yes, denim like a jean”) to lower the cost of the vans. (As a bonus, the late Joe La Due, who plays Denham, also appeared in Casino as another character who has bad luck when it comes to his hands: the card cheat whose hand gets pummeled on Sam Rothstein’s orders after he gets caught) Rusty saying yes to working with Danny on this heist because the group of twentysomething actors that he consults and works with (Holly Marie Combs, Topher Grace, Joshua Jackson, Barry Watson, Shane West) are all f-cking idiots. The remix of Elvis Presley’s “A Little Less Conversation,” which also helps set the tone for what kind of remake this film is, in terms of showing respect for the past while switching it up and trying something different in the present. The look on Danny’s face when Linus asks him if he checked the batteries. “Say hi to your mom for me.” “Say it yourself, she’ll be on stage in five minutes.” Don Cheadle’s ridiculously over-the-top accent, which is still better than John Malkovich’s equally over-the-top Russian accent from Rounders. The Clair de Lune scene, in which the entire crew (minus Danny) stands together in silence after the heist in front of the fountains at the Bellagio and absorb the fact that they really just did the impossible. George Clooney taking all of the charm, swagger, and intelligence that he showed as Jack Foley in Out Of Sight and turning it all the way up to … well, eleven, as Danny Ocean. Brad Pitt showing that he’s absolutely nothing to scoff at, and when Twitter recently asked what is the best that an actor has ever looked onscreen, his role here as Rusty Ryan is very high on that list. Julia Roberts isn’t given much to do here as Tess, as she’s obviously not part of the action, but seeing her opposite Clooney is still a delight. The chemistry amongst the entire cast, which makes their teamwork and camaraderie believable and fun to watch. Much like Bound, another film in which an ex-con devises a brilliant plan to steal millions of dollars from someone who is much more powerful and ruthless than they are, Ocean’s Eleven is competence porn, in which we get to see trained professionals doing their thing incredibly well and showing just what each of them brings to the table, even when they do experience a couple of obstacles that get in their way.

Ocean’s Eleven not only received plenty of positive reviews from critics, but it was also a box-office hit that led to two more sequels, including Ocean’s Twelve in 2004, which introduced Catherine Zeta-Jones as Europol agent (and Rusty’s ex-girlfriend) Isabel Lahiri, and Vincent Cassel as wealthy baron/master thief François Toulour, a.k.a. “The Night Fox.” Whether this was a brilliant sequel that showed Soderbergh being a little more playful and experimental, or a disappointing follow-up that was just an excuse for Clooney and the rest of the cast to vacation in Italy and get paid for it, is still a popular topic of discussion after all these years.

In 2007, there was Ocean’s Thirteen, which returned to Las Vegas and didn’t feature Julia Roberts or Catherine Zeta-Jones, but introduced Al Pacino as ruthless and deceitful casino owner Willy Bank (any similarities between Willy Bank and Donald Trump are purely coincidental), and Ellen Barkin as Abigail Sponder, Bank’s equally ruthless assistant.

In 2018, the spinoff Ocean’s 8 opened in theaters, with Sandra Bullock as Debbie Ocean, Danny’s younger sister, and with a cast that included Cate Blanchett, Sarah Paulson, Anne Hathaway, Awkwafina (back when her ‘blaccent’ was at its heaviest), Mindy Kaling, Helena Bonham Carter, and Rihanna.

Ocean’s Eleven opened in theaters only a couple of months after the 9/11 terrorist attacks, and for everyone who needed something to watch that would briefly take their minds off of the death and destruction that had taken over their lives and left them feeling confused and terrified about what those next few months would bring, the film was comfort food in the best way possible. It had an all-star cast bringing a level of both talent and star power that is in very short supply these days (enough that Hollywood has gone from looking on reality television for their next big stars to looking on Tik-Tok), and putting you on a rollercoaster ride that will make you smile and laugh and have a damn good time for a couple of hours. It’s not as bombastic and explosive as The Fast and the Furious movies, but it didn’t need to be. It didn’t even take long for that series of films to follow in the footsteps of the Ocean’s Eleven trilogy as we saw Dom Toretto and his family graduate from street racing and stealing DVD players to multimillion-dollar robberies and international black-ops missions. Ocean’s Eleven isn’t ultra-violent noir like The Getaway, nor is it hard-edged crime drama like Heat. But it plays around with the crime fiction genre skillfully and beautifully enough for it to earn a seat at the table with the rest of the major players.

Ocean’s Eleven is now streaming on HBO Max. If you want to watch every other film in the Ocean’s series, Ocean’s Twelve, Ocean’s Thirteen, and Ocean’s 8 are also on HBO Max.

← The Best Damn Music Video Of All Time: 'You Give Love A Bad Name' By Bon Jovi | The Confusing, Anticlimactic 'Invasion' Finale Explained [Spoilers] →