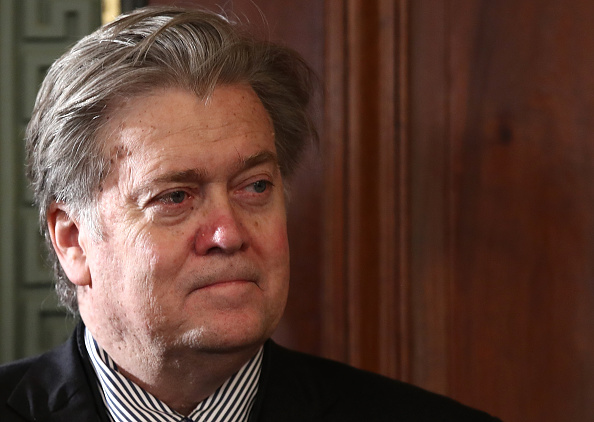 The parade of corruption flowing from the tentacles of Donald Trump just never stops. This time, it’s his former campaign manager and all-around evil human being, Steve Bannon, who has now been indicted for “defrauding hundreds of thousands of donors through their campaign ‘We Build the Wall.’” Apparently, they defrauded the $25 million from donors that they promised would be used to build a wall along the United States/Mexico border.

The story is still developing, but my favorite line in the story is this: “The United States Postal Inspection Service assisted in the investigation.”

For the record — and there’s no word on whether they will also be indicted — but former baseball star Curt Schilling, former Kansas Secretary of State Kris Kobach, ex-Milwaukee Sheriff David Clarke, and Blackwater founder Erik Prince were also involved in the Build the Wall campaign. However, three others — Brian Kolfage, Andrew Badolato and Timothy Shea — were indicted.