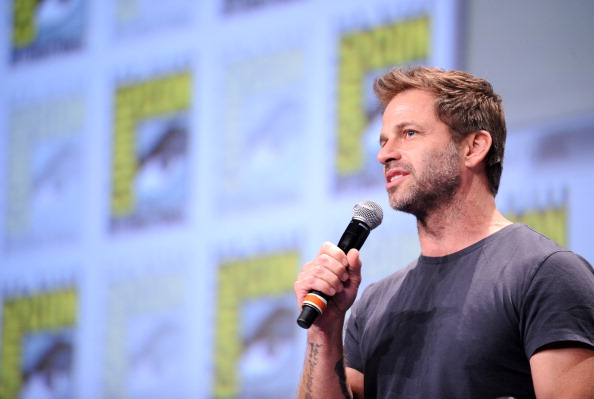 Army of the Dead arrives on Netflix tomorrow, and I am legitimately stoked about watching a Zack Snyder film. I’ve also heard him on a few podcasts of late, and you know what? He seems like an OK-enough guy. I haven’t loved his films (save for Dawn of the Dead), and there is definitely some arrogance there, which may or may not be earned, but he has a good sense of humor. He’s funny and self-effacing and a little braggy, and maybe sometimes doesn’t know when to stop talking. On one podcast, he said that he wanted Bradley Cooper to play him in the saga of the Snyder Cut, but I’m not sure if a young Joe Pesci might not be more appropriate. There is no economy of words with this guy and maybe he gives into hyperbole sometimes, too.

Also, he says he banned chairs on the set of Army of the Dead. Now, a while back, when Anne Hathaway said that Christopher Nolan banned chairs on his sets, the Internet lost their damn minds, so much so that Nolan had to correct the record. He said he does not use a chair on the set, but that the only things he bans on the set are telephones (not very successfully) and smoking (successfully).

There’s been some blowback against Snyder, too, for saying it on The Playlist’s “Fourth Wall” podcast, but I am not so sure that there wasn’t some hyperbole.

“There’s no sitting down, like, I banned chairs from the set,” he said on the podcast. “But the nice thing is, it’s really intimate. I can just talk to the actors right there, I’m not back in a monitor across the room. It was definitely the most purely engaged I’ve been making a movie.”

The movie was filmed in Atlantic City and Las Vegas, and are we to honestly believe that Dave Bautista stood in the desert heat of Vegas all day? Maybe! I’ve scanned through some behind-the-scenes photos available on the Internet, and I actually didn’t see any chairs. But I did see actors comfortably standing next to Snyder while they were talking. They looked pretty engaged. But I’m also guessing that there were trailers nearby and that if an actor got wiped out, chairs were available. Given the level of loyalty his actors have to Snyder, I doubt he’s physically punishing anyone because, like, sitting down is important! It allows us not to stand all the time!

All of which is to say that: Knowing what I know about Snyder, having listened to him on several podcasts now, I doubt he was being completely literal. But then again, maybe he was!


← Labor Shortage? No. A Shortage of People Who Want Your Lousy Jobs? Yes! | Making Eye Contact With a Grey Whale is an Uncanny Experience →