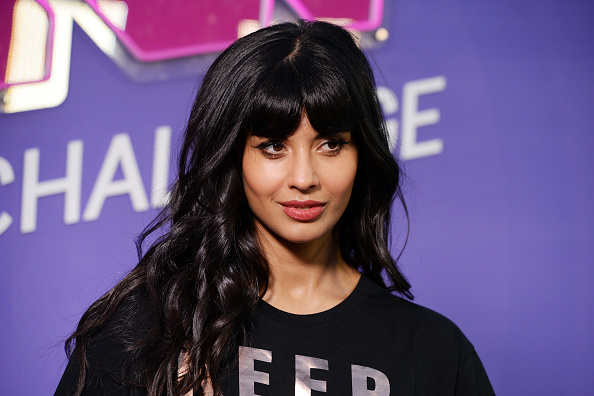 I watched the first half of the first season of HBO Max’s Gossip Girl revival before bailing on it, and honestly, the only thing I can remember enjoying about that experience is this one joke at Jameela Jamil’s expense:

Jameela Jamil is messy. She can be problematic as hell, and she’s very good at stirring shit online. Sometimes, however, the Good Place star — who is also set to play the villain in Disney+’s She-Hulk opposite Tatiana Maslany — can also be right. She also has long-standing issues with the Kardashians, and some of her Kardashian takes have not gone over well in the past, particularly when she suggested that the Kardashians were double agents of the patriarchy.

Recent comments by Kim Kardashian, however, have inspired Jamil to weigh in again on the Kardashians, and this time she had the wind at her back, so to speak. Kim Kardashian has received a lot of pushback after she gave the following business advice to women: “Get your f-king ass up and work. It seems like nobody wants to work these days.” (Kloe Kardashian echoed that statement: “That’s so true.”)

Along with most of the rest of the Internet, Jameela Jamil took issue with those comments:

I think if you grew up in Beverly Hills with super successful parents in what was simply a smaller mansion… nobody needs to hear your thoughts on success/work ethic. This same 24 hours in the day shit is a nightmare. 99.9% of the world grew up with a VERY different 24 hours. https://t.co/tvafFIyk92

She added more thoughts over on Instagram, conceding that the Kardashians are a “super impressive family of businesswomen,” while also taking aim at the way they make their money — “misleading” photoshopped images and questionable detox/diet products.

“They shouldn’t be asked about their secret to success. They shouldn’t answer those questions,” Jamil added. “It’s all obvious to everyone, and I hope nobody holds themselves to the standards of people who were raised by millionaires.”
The statement I agree with the most, however, is this one: “Just take the money, use it for good and chill the fuck out when lecturing others about grind and hustle. And learn how to brag without putting others down who have less.”
Yep. You can be awesome without shitting on others, folks.

← Samuel L. Jackson Defends Superhero Movies on 'The View' | Twitter Users Ponder Less Well-Known Film Quote That They Use All the Time →