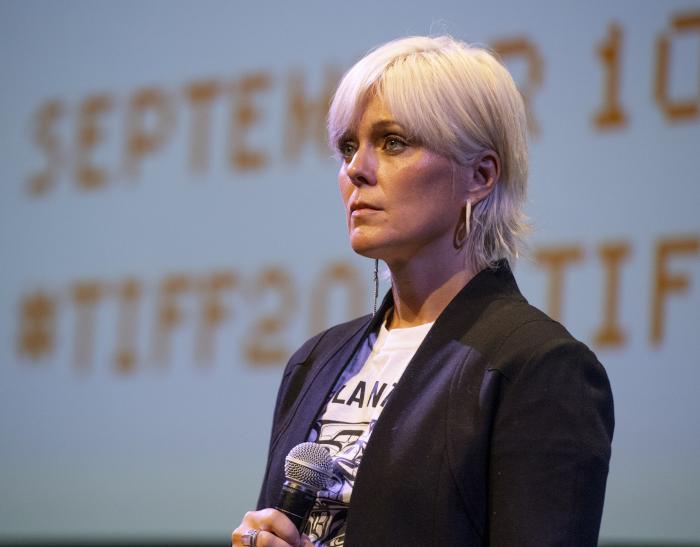 It wasn’t that long ago that Hilaria Baldwin was outed and rightfully dragged for her decade-long claim that she was Spanish (she had been using a fake accent publicly). Then there was the story of Jessica Krug, a professor who pretended to be a Black woman and had made an entire career of it as a historian of Africa and the African diaspora before confirming that she was, in fact, a white woman. Late last year, Michelle Latimer, the co-creator and director of the Canadian supernatural drama Trickster — a series that centered an Indigenous teenager and was acquired by, and recently aired on, The CW — confirmed that she did not have the Indigenous heritage she originally claimed, calling her and her work into question.

White people tend to appropriate identities that don’t belong to them without understanding how the experience shapes and affects the lives of people of color. Perhaps they want to seem “exotic” and mysterious, to occupy a space that will legitimize the kind of work they want to do, taking ownership of things that have never belonged to them without credit. Then there are those who want to capitalize on the far too few opportunities by co-opting non-white identities and backgrounds for themselves. Latimer is definitely the latter. Her lies are harmful, perverse, and disgusting. The writer-director, who previously stated she was “Algonquin, Métis and French heritage, from Kitigan Zibi Anishinabeg (Maniwaki), Quebec,” had deceived the very community whose stories she had been entrusted to bring to a wider audience.

The director made waves when her documentary, Inconvenient Indian, debuted at the 2020 Toronto International Film Festival (it was also supposed to screen during the 2021 Sundance Film Festival, but it’s been pulled from the line-up). The film is based on the non-fiction book by Thomas King and explores the history and present lives of Indigenous peoples throughout North America. The documentary was critically lauded. With Latimer’s previous work on the docu-series Rise, which profiled Indigenous activists, and the documentary short film Nuuca, about violence against Indigenous women, it seemed that she had found her voice through uplifting community life and issues.

A month after the TIFF premiere of Inconvenient Indian, Trickster debuted on Canada’s CBC network. Latimer had co-created, directed, produced, and co-written several episodes of the series, which stars Joel Oulette as Jared, a struggling Indigenous Haisla teenager who discovers strange supernatural occurrences and their connection to his life. You’ve probably noticed by now that there isn’t a lot of chatter about Trickster — I certainly haven’t seen any trailers or ads from The CW accounts about it, and trust me when I say the network sends to us all of its official show accounts to promote its slate. A quick skim of Twitter reveals that The CW account tweeted a couple of times about Trickster, but it was only a few days before the series premiered on January 12.

That said, the controversy that caused an upheaval a month before likely impeded any promotion since I assume the network wanted to bury the show’s existence because of Latimer (a shame really because it’s good and stars Indigenous actors). Speaking of the controversy, Latimer’s statement about her background raised the eyebrows of Kitigan Zibi First Nation members, who began looking into her history. The CBC investigated the allegations of Latimer’s ancestry and, in December 2020, she was revealed as a lying liar who lies. When the writer apologized in response to the allegations, she said she’d always assumed her grandfather was Indigenous and had a cabin around the area native to Kitigan Zibi/Maniwaki. But, according to Canada’s census records and genealogist Dominique Ritchot, Latimer’s dear old grandad was actually French-Canadian and so was the majority of her family. While there were a couple of Indigenous ancestors in Latimer’s family tree, they lived back in the 17th century, which means her connection to the community was not as direct as she claimed it to be. She wouldn’t be the first to suggest that she was Indigenous — so many, including Elizabeth Warren and Miley Cyrus, have claimed connection to Native ancestry despite being white.

Mohawk actor Kawennáhere Devery Jacobs explained why these kinds of claims are awful:

“Native American ancestry is not just race. It’s not just DNA. It’s society. We’re sovereign nations and we have our own right to self-determination and in determining who is from our communities. To simply peg it off as, ‘Oh, I’ve hired a genealogist and I have a native ancestor from the 1600s does not mean that you are part of that community.”

Now that there were more grants being offered to the Indigenous community in Canada, Latimer’s deception was made even worse because she was actively taking money away from actual Indigenous filmmakers who would have greatly benefited from it. Seriously, this woman accepted thousands and thousands of dollars in award money for production (she has since given back several awards and the prize money after being asked). The worst part about all of this is that it isn’t really Latimer’s loss because she made her bed and now she has to lay in it. Rather, it’s greatly affected the Indigenous community, who was duped into thinking this woman was one of them. Latimer had been appropriating a space in which she did not actually belong and that has its consequences. Not only has Inconvenient Indian been pulled from Sundance, but the future of Trickster, which has already been renewed for Season 2, is unclear. Danis Goulet, a consulting producer on the show, resigned. The only reason she’d joined was because she thought it would be helmed by Indigenous people at every level. However, Latimer proved her wrong. A second producer, Tony Elliot, has also quit the show as has Latimer herself, who submitted her resignation days after she was outed as a white woman. Here’s what she wrote on Facebook:

“It’s with a heavy heart that I am resigning from Season 2 of Trickster. When I first read the novels that inspired Trickster, I was struck by the powerful tale of a family coming together to overcome adversity. I envisioned this story as a television series that would celebrate Indigenous talent and amplify Indigenous voices. I have listened to my community and feel that stepping away from the production is the appropriate course of action.”

It’s been a slap in the face for the Indigenous community, many of whom trusted her to tell their stories in her documentary and regret speaking with her now. Even the author of the Trickster novel, Eden Robinson, is embarrassed, disappointed, and angry. Those who worked on all of these projects should not be punished for Latimer’s senseless claims, but they already are. Hopefully they can move forward and heal from this deception while having the opportunity to tell their stories in film and television. Either way, though, the damage Latimer wrought is immense.

← Conan Is Back From Hiatus And The World Is Better For It | Review: 'Clapboard Jungle' Offers A Personal Journey Any True Film Lover Should See →