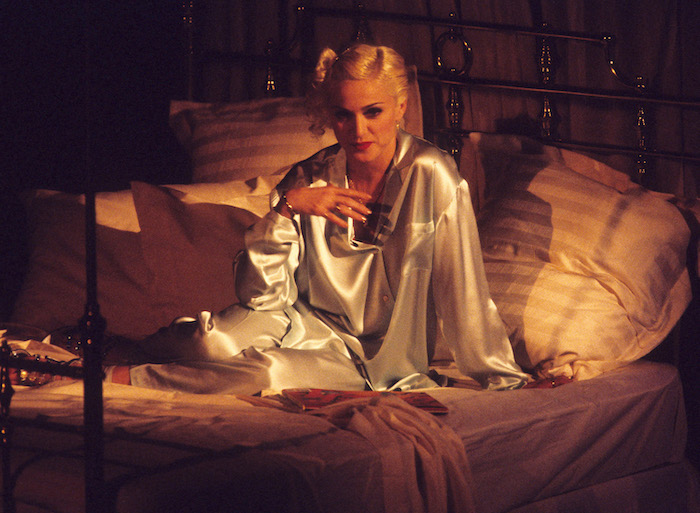 Would You Pay Dennis Rodman $20 Million to Father Your Child? Madonna Would

If you ever have a moment where you wonder if stars are really just like us, I want you to remind yourself of what I’m about to tell you: Madonna (allegedly) once offered Dennis Rodman $20 million to father a child with her.

No matter how many pictures you see of some celebrity pumping their gas that makes you think they might be just like you, the bar for normal is well below offering Dennis Rodman $20 million to father your child, so take that into consideration if you ever find yourself pondering if a star really is just like you.

Back to the matter at hand though. Dennis Rodman was on the radio (yes, that still exists) earlier today when he revealed this truly bizarre tidbit.

“She said, ‘Dennis, you know that I’m ovulating,’” Rodman, 58, recalled the “Vogue” singer saying over the phone. “I said, ‘What is that?’ I was trying to f-k with her, you know?” Rodman, who was in Las Vegas at the time of the call, flew back in a jet that Madonna sent so he could sleep with her. Afterward, he immediately flew back to Vegas to finish his gambling.

Man, he sure had a tough life back then, didn’t he?

It’s not over yet, though:

“She asked me that if I got her pregnant, she’d pay me $20 million,” he told Charlamagne tha God, DJ Envy and Angela Yee. “That’s if the child was born.”

Rodman also speculated that her eventual child with trainer Carlos Leon, daughter Lourdes Leon, is a result of a similar financial arrangement.

Wow. A lot to take in, isn’t it? (Please note that Pajiba is not the kind of publication where I can insert a “that’s what she said” joke and get away with it but I very much wanted to just now.)

I’m not really sure where you go from there, so let’s just end this now, shall we? I feel like this is a quit-while-we’re-ahead type of situation, so I don’t end up going on record stating what I’d do for $20 million (it definitely involves stealing the Declaration of Independence, though.)

Here’s a live version of Madonna’s best song, ever, to make up for the knowledge that got shared tonight in this post.

← Fran Drescher Wants Cardi B for 'The Nanny' Reboot. So Does the Rest of the World. | Brad Pitt Confirms That He Threatened Harvey Weinstein on Gwyneth Paltrow's Behalf →