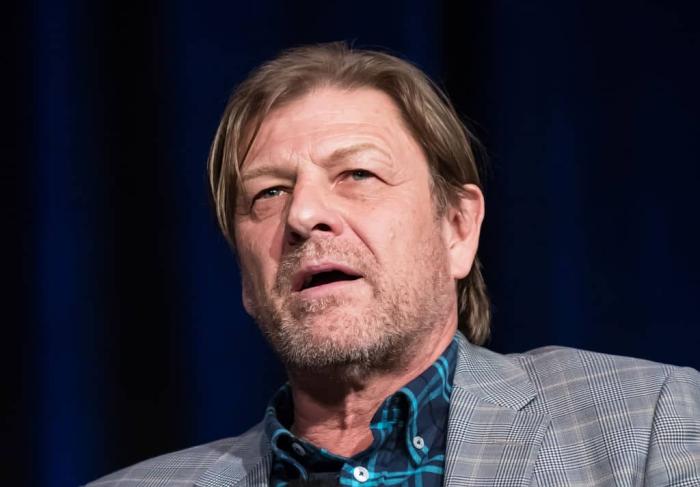 Sean Bean recently gave an interview wherein he said that intimacy coordinators ‘spoil the spontaneity’ of sex scenes in film and TV. He told the Sunday Times magazine, ‘I think the natural way lovers behave would be ruined by someone bringing it right down to a technical exercise. It would inhibit me more because it’s drawing attention to things.’ This comment did not go down well with a lot of people, mainly women in the industry. Gee, I can’t imagine why.

Rachel Zegler from West Side Story tweeted that ‘intimacy coordinators establish an environment of safety for actors.’ She expressed her gratitude to the coordinator she had on-set of her debut, wherein she shot love scenes with then-25-year-old Ansel Elgort when she was only 17.

intimacy coordinators establish an environment of safety for actors. i was extremely grateful for the one we had on WSS— they showed grace to a newcomer like myself + educated those around me who’ve had years of experience.

spontaneity in intimate scenes can be unsafe. wake up. https://t.co/bpxT2DVU1R

Jameela Jamil responded to a Variety tweet on the story by noting that sex scenes should be technical because it’s their job and ‘nobody wants an impromptu grope.’

It should only be technical. It's like a stunt. Our job as actors is to make it not look technical. Nobody wants an impromptu grope…

The strongest response came from someone who Bean named in his interview, his Snowpiercer co-star Lena Hall.

As an example of his opposition to intimacy coordinators, Bean referenced an unusual scene from the second season of the series wherein he and Hall’s characters are intimate with the aid of a mango. Bean said, ‘I think they cut a bit out actually. Often the best work you do, where you’re trying to push the boundaries, and the very nature of it is experimental, gets censored when TV companies or the advertisers say it’s so much.’ When noted that intimacy coordinators were a response to the revelations of #MeToo and were designed to keep actresses safe, Bean replied, ‘I suppose it depends on the actress. This one [Hall] had a musical cabaret background, so she was up for anything.’ Yikes.

This led Hall to write a Twitter thread where, while she emphasized her enjoyment of working with Bean, she noted that her experience in theater did not mean she was ‘up for anything.’

I probably need to clarify some information in this random article since people are reaching out to me like "girl, are you ok?" https://t.co/mBH16KKP8A

2. Just because I am in theater (not cabaret, but I do perform them every once in a while) does not mean that I am up for anything. Seriously does depend on the other actor, the scene we are about to do, the director, and whatever crew has to be in there to film it.

4. If I feel comfortable with my scene partner and with others in the room then I won't need an intimacy coordinator. BUT if there is any part of me that is feeling weird, gross, over exposed etc… I will either challenge the necessity of the scene or I'll want an IC.

6. I do feel that intimacy coordinators are a welcome addition to the set and think they could also help with the trauma experienced in other scenes. Sometimes you need em sometimes you don't but every single person and scene and experience is different.

The opposition to intimacy co-ordinators, which seems to almost exclusively come from men, only further highlights why we need them so much in the first place. The bemoaning of a lack of spontaneity in such scenes overlooks the ways that abuse on film and TV sets became so horribly commonplace. Sex scenes are deeply intimate, awkward as all hell, and tough to film. Making that process as easy and clinical as possible matters. It’s not actual f**king and nor should it be treated as such. Imagine hearing an actor complain that fight choreography robbed an action scene of its spontaneity.

Frank Langella was recently let go from a major TV series over his refusal to follow the instructions of an intimacy coordinator. He tried to claim he was a victim of ‘cancel culture’ (ugh) because he touched an actress in a way that she had not asked for during such a scene. This isn’t a seduction IRL, you absolute ghouls. It’s your job to pretend! This crap is cut from the same cloth as the faux-method d*cks who think that there is worthiness in self-flagellation.

The way we treat actresses who do sex scenes is already bad enough. They’re shamed, leered at, slapped onto porn sites, and asked about it endlessly by creeps who don’t know when to stop. The tatty tabloids still love to make a huge deal out of an actress getting nude for a role, torn between shaming them and objectifying them. And that barely covers the reason that intimacy coordinators became commonplace to begin with: Women kept getting groped and harassed by sh*tty co-stars who thought it was their right to touch them wherever they wanted! This shouldn’t be considered a normal part of any job. If Sean Bean is sad that it means he doesn’t get to let his hands wander now and then, so be it.

← Fred Savage Was Fired from 'The Wonder Years' For Inappropriate Behavior Toward a 'Much Younger Woman' | Rob McElhenney Shines As Host Of Jimmy Kimmel: Live! →