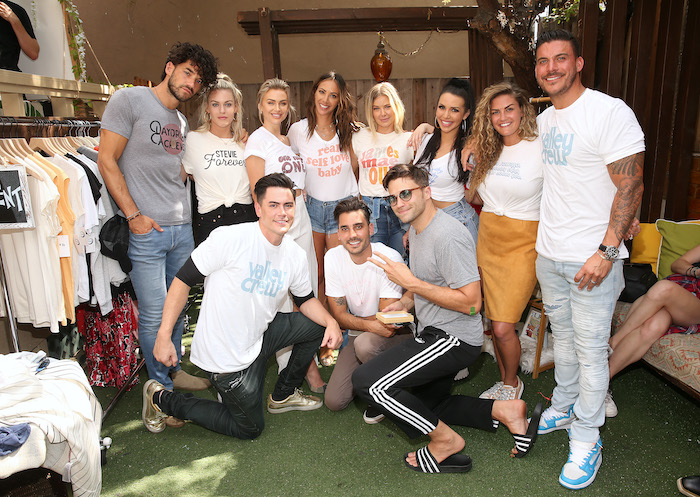 As a Vanderpump Rules fan, there is a certain level of garbage monster-ness that I expect from the cast. That usually manifests itself by getting gin-ed up and making noise, possibly throwing a few punches at each other on occasion, or better yet, declaring that one of them needs to stop acting like the number one guy in this group, because they are the number one guy in this group. However, despite many bad decisions, the core cast has always presented themselves as not being racist garbage monsters (if they are, they’ve hidden it well enough that it’s not made the front page of People.com.) The same cannot be said for the newest additions to the crew, f*ckboi Max and Brett, who have no problem throwing out the n-word in old tweets that have resurfaced to bite these jackasses both squarely in the ass. You can find examples of their f*ckery here (Max) and here (Brett.)

For a fun taster, this is what Max said in 2012, as reported (and edited appropriately) by People.com:

Here are some more delightful bon mots from Max, who I hope gets personally fired from the show by Lisa Vanderpump, and filmed for the world to see:

In another tweet from 2012, Boyens wrote, “Something about Asians that just makes me want to punch them in the suck hole.”

Yet another tweet read, “Theres this girl I see everyday @ school, she looks just like the girl from the movie precious & I’m not just saying this cuz she’s big and black.”

2012 was a watershed year for Brett’s racism, too, as he delivered this pile o’ shit unto the world:

“wassup wit black people wearin so much Aeropostale I don’t get it lol.”

Per People, who has more of Brett’s f*ckery:

Other alleged screengrabs allegedly depict sexist tweets, such as one with the hashtag “#womensuck.”

Caprioni appears to have deleted the tweets, although some live on because they were retweeted. His account remains public.

Vanderpump Rules is supposed to be a fun, mental junkfood show that the real world barely bleeds into, to give us all a break from the f*ckery that exists outside of its small, insular bubble. It should not ever be a vehicle for f*cking racists f*ckers to make money and develop their personal brand in order to get paid even more money for club appearances. Who vetted these assholes, or perhaps the better question is: who DIDN’T vet these assholes?

I am a diehard fan of this show (I am wearing my Stassi hotdog sweatshirt as I type this)—and I’m very disappointed. West Hollywood is not lacking for thirsty dudes who will air out all of their personal life in order to be on television. There is simply no lack of attractive, messy people who could be on this show. There is no excuse for hiring not one but two racists who deploy the n-word like their white privilege depends on it.

Max and Brett have to go. I hope Lisa will do the right thing and shitcan both. If not, well, I guess I have Below Deck to keep me company.

← Experts Say PewDiePie is 'Burnt out.' Fail to Mention History of Spewing Hate | Sean Penn's Girlfriend Is Half His Age and Also the Daughter of Kingpin →