I spend a lot of my week writing about celebrities. It’s my job and I like to think that I’m very good at it. I’ve done this long enough to know how to dissect my own opinions on a specific figure and the context around them. Now and then, however, someone comes along or I’m tasked with figuring out a famous person who I either have no opinion on whatsoever (an extremely rare occurrence) or someone I instinctively dislike but can’t fully figure out why. Step forward, Mr. Josh Gad.

Here’s the thing: I know, for the most part, why I don’t like Josh Gad. I find him annoying and unfunny and he seems to be everywhere. Sure, he’s been good in some things I’ve enjoyed, but by and large, his presence in something tends to make me roll my eyes. See, that wasn’t too hard, was it? But I’m not satisfied. I spend way too much of my time doing intensely deep dives into celebrity culture, doing everything I can to treat the field with the respect and focus it deserves, for me to just accept ‘eh, they’re irritating’ as a justifiable reason for my emotions. It doesn’t feel substantial enough for me. There has to be more to it, right? Ergo, I had to explore this. I had no other choice. Artemis Fowl made me.

In many ways, Gad is sort of unspectacular. It is not hard to find chubby American funny-men to take on those supporting comedic roles in film and television. Indeed, I’ve always been sort of surprised that fellow Broadway veteran (and Tony winner) Dan Fogler hasn’t ended up on the same level of recognition as Gad given that his work is, at least to me, more consistently entertaining. American comedy will always have room for the schlubby white guy who can bellow from the rooftops, so why is Gad the flavor of the week in that regard? As with all things in Hollywood, it seems to come back to Frozen.

If you’re a parent of young children then I imagine you have yet to experience a calming reprieve from the almighty forces of Elsa and Anna. Frozen, its sequel, and the myriad merchandise and connected paraphernalia have made Disney billions of dollars. When the first teaser trailer for the movie dropped, and Gad’s happy snowman Olaf was front and center, many viewers feared the worst. Ultimately, however, Olaf is nowhere near as omnipresent in the movies as we’d worried, and he’s not as annoying either. Is that damning with faint praise? Sure, a little bit. Gad does bring strong guileless energy to the character that makes him instantly appealing to the movies’ target audience (and in his best role, in my opinion, Elder Cunningham from The Book of Mormon.) Every Disney movie needs its adorable non-human sidekick, but Olaf seemed to catch on with fans more than, say, Moana’s pet chicken or the Cajun firefly from The Princess and the Frog. Olaf does possess a sort of cuddliness those characters lack (something he carries over in the plethora of other voiceover projects he’s done), and this version of Gad is arguably the most widely palatable performance he’s given in a major movie or TV show. It may explain why he’s become a Disney regular now. He’s a good fit for their enduring brand.

Typically, he specializes in dopes, doofuses, and all variations of that one guy at the party you sort of regret going to talk to. They often yell. A lot. Their naivety typically spills over into outright ineptitude that is intended by the narrative to be charming rather than irritating. Think of Pixels, a movie where his lifetime of nothing is rewarded when he gets to f**k Q*Bert, who turns himself into a hot lady for the purposes. Even by Adam Sandler movie ‘lovable loser’ standards, that’s kind of heinous. In more serious fare, he feels like an anachronism, and in stories where he is front and center — seriously, why is he given more focus in Artemis Fowl than Artemis f**king Fowl?! — he cannot help but feel exhausting. A little Gad goes a long way but increasingly even that feels like too much.

It’s not Gad’s fault that he ended up in the eye of the storm that was Disney’s attempt to make their awful Beauty and the Beast live-action remake a moment to shamelessly grab at some ally cookie. The near-tawdry ‘exclusively gay’ moment centered on Gad’s LeFou for less than two seconds was beyond parody in terms of LGBTQ+ representation. This was all we were getting? And it was all for Josh Gad?! AND his character is getting a whole prequel limited series on Disney+ alongside Gaston that he’ll co-write, executive-produce, AND co-create?! Somehow, this was worse than being given crumbs of representation, not because of Gad but because of a log-headed corporation’s arrogant insistence that this was good enough for us.

I think what may push Gad over the edge for me compared to the endless sea of comedy schlubs I have little time for is his painful earnestness. Writer Ruby Stevens described him as a ‘theater kid Jack Black’, a burn so devastatingly accurate that I’m sad I didn’t think of it. He really REALLY wants us to like him, and that’s a sharp contrast from the actors he’s most often compared to, like the more sardonic chaos demon Jack Black and the now-uber-serious Jonah Hill. With an actor like Seth Rogen, there’s a greater sense in his characters of the weariness such a figure evokes in those around him because, frankly, we’ve all encountered way too many dudes like that in life, coasting from A to B. Gad’s most well-known characters don’t possess that. It ends up being a lot to take in, and while I think audiences are crying out for some authentic emotional positivity right now, we still don’t have much patience for people who are always on. It’s unfair and often cruel, as evidenced by the ridiculous backlash Anne Hathaway received for just wanting to be good at her job. Gad’s job is to please people, mostly very young kids, and us grouchy adult a**holes have no energy for that.

Basic human instinct and emotion often can’t be explained away. Sometimes, we just don’t like people or things and we can’t parse out why. Still, I think I figured out my dislike of Josh Gad! It makes sense and doesn’t feel aimless and I feel at peace. Well, except for Artemis Fowl, which still stings. Eh, you can’t win them all. 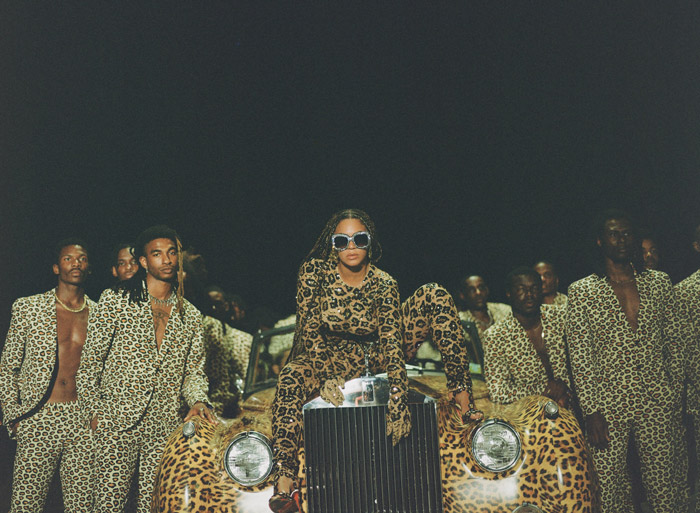