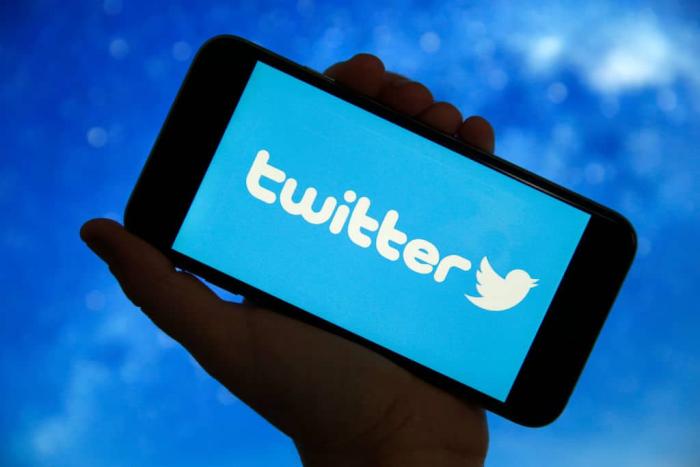 James Charles is over, apparently. Well, he was over a few months ago following the strange YouTube drama involving Tati Westbrook and a series of seemingly never-ending YouTube spats, but now he’s over for something totally different. I’m not sure why he’s been canceled yet again. This seems to be a regular occurrence for the YouTube make-up guru. Whatever the case, the announcement of the newest end of his career was celebrated on Twitter with the hashtag #JamesCharlesIsOverParty. Upon clicking on the hashtag, I found no immediate explanation for his end or even all that much discussion related to James himself (turns out he allegedly said the N-word in a video.) Rather, the whole thing seemed to be an excuse for a fandom war, mostly K-pop focused but with sprinkles of other internet favorites.

why stan james charles when you could be stanning the only beauty guru that matter aka Park Jimin #jamescharlesisoverpartypic.twitter.com/mqOsVLtL7r

why stan james ch*rles when you can stan dylan o’brien and zendaya… serious question #jamescharlesisoverparty pic.twitter.com/lI4d5IcW1i

The same fate befell Lizzo recently when she was declared over on Twitter. Liam Payne from One Direction faced it too. Think of a major or minor celebrity currently in the public eye and the chances are they’re over, if only for one night. Andy Warhol said we’d all be famous for fifteen minutes but he didn’t have much to say on how long everyone would be over.

It’s easy to understate the ways that fandom has exploded over the past couple of years online and how fast it has evolved. The means of expression, the favored subjects of adoration, and even the basic vernacular have changed in ways that can make it near impossible to keep up with if you’re over the age of 25. Some of us are still trying to figure out Tik-Tok, so the trend of #IsOverParty social media fervor feels frivolous by comparison, yet it’s also utterly inescapable if you spend any time on Twitter. This, in particular, is the sort of trend that gets boomers whining about how the young ‘uns these days are too sensitive and insisting that cancel culture is a real and pernicious problem. Really, it’s much simpler and sillier than that, but also something that treads on very familiar ground to anyone who’s ever been a part of a fandom.

Fandom has always been about balancing the seemingly oppositional forces of privacy and public attention. We crave safe spaces to explore our interests and desires but there’s also a small part of us that wants to shout those emotions from the rooftops. This is how we define ourselves, especially as teenagers, and it’s fun to be part of a gang of people who all feel as passionately about that band or that book as you do. Going from feeling like you’re the only one who feels so zealous about a piece of pop culture (and being made to feel ashamed of that) to embracing a community of like-minded individuals is an oft-underrated seismic shift in one’s understanding of the world. You want to let everyone know that you’re not alone, that these people get you, and how incredible that feels.

It’s not hard to see why being in a fandom makes one territorial and defensive. You end up investing a lot of yourself in fan endeavors and the corporatization of pop culture at large means that you are actively encouraged to define yourself by certain brands and the supposed ideas they represent. Anyone who’s ever come up against a die-hard DCEU or Disney fan will know exactly what this is like, but it’s not unique to one specific fandom. Even those fandoms that proudly proclaim that they’re above such unnecessary drama aren’t immune to the inherent competition of these structures. Maybe you’ve never said it out loud but you’ve definitely thought at least once in your lifetime that your fandom is better than everyone else’s. That’s a mentality you’re often encouraged to verbalize. Perhaps a record label wants you to tweet endlessly in support of your bandom so they can win an award, or maybe your favorite superhero franchise wants to break that lofty box office record and they keep talking about how amazing you, their selfless and loving fans, are in helping them reach that goal. Is it unhealthy? Yeah, it can be, but that’s also how capitalism works.

So, what about all these Twitter parties and declaring people to be over? It’s another extension of fandom mentality. Every fandom is secretly at war with all the others and people kind of love that. The whole point of any fandom war is to prove that yours is better, and any perceived slight committed by a star is the perfect opportunity to show that off. That’s why this hashtag Is Over Parties trend seems utterly unconcerned with dragging the people who they’re supposed to be calling out. Really, it’s just a chance to get some free PR for your fandom. Oh, this person is over? I’d better post a video of my idol to show how they’re truly superior and unproblematic (regardless of whether or not they actually are.) It’s low stakes, even by fandom standards, but one with an immense worldwide reach thanks to the horrifying clutch that social media has on our lives and the way we consume media as a whole.

Fandom is more accessible than ever because of such social media advancements. Twitter welcomes in more outsider conversations and backlash than old-school forums or locked LiveJournal groups did, so it’s no wonder that everything just seems that much noisier. This is the biggest and most attention-grabbing way that fandom operates now and this is the norm. A lot of the old ways of keeping fandom to itself are gone. LiveJournal is basically dead, Tumblr took away all the porn, and I’m not sure if the youths even know of the joys of locked forum life. Fandom in the social media age is an act of publicity at all times. This is how it has evolved, although most of the old tactics are still in place. It’s only now that we’re noticing how it’s always worked.

I’m sure I or Pajiba will be declared over after this. Enjoy the party!

← What's Streaming On Netflix In January 2020, Plus Amazon, Hulu, Disney And Apple | Julián Castro Drops Out As We Continue Our Path Toward the Inevitable →