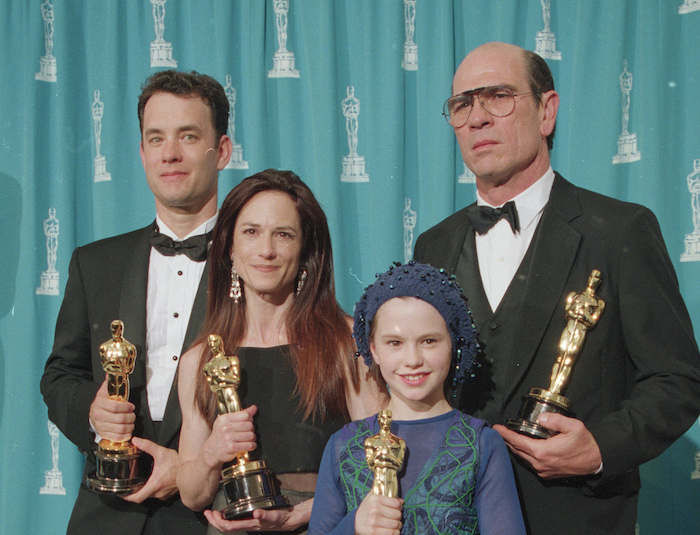 Tom Hanks’ Oscar Curse is Lifted. Here’s What Could Have Caused It

If you woke up today asking yourself if it was the ’90s again because Tom Hanks was nominated for an Academy Award this morning, I wouldn’t blame you. I do that every morning, but we don’t need to get into that today. We’re here to discuss one very specific thing—whatever professional curse that was put on Tom Hanks in 2002 is now lifted. Why 2002, you might ask? Well, because 2001 was the last time Tom Hanks was nominated for an Academy Award, and if you recall the ’90s, that dude was up for awards a lot. Don’t believe me? I’ll prove it to you, via the only method I know how—tweeting out the exact same information, and then embedding it here because you can always believe everything you see on social media:

Oh. Not good enough for you? Fine, here’s a link to a more “trustworthy” source, although it’s really on you for lending me all that money. Yes, as the link, and that totally on-the level tweet above tell us, this is the first time since 2001 that Tom Hanks has been nominated for an Academy Award.

If you want to do the math, that’s 18 years. I know what you’re thinking, and you’re wrong. Hanks did do some noteworthy actin’ in the interim between then and now, so the lack of nominations is absolutely not linked to the quality of his work, and the fact that Daniel Day-Lewis was in everything, drinking all those milkshakes, and generally cleaning up come awards time. No, there is only one logical explanation here and that is, of course, the curse has been lifted.

“What kind of curse?!” you might be asking me right now. I’m happy you did because we’re going to get into it.

Obviously the first curse that comes to anyone’s mind will be of the supernatural variety. Maybe Hanks took a picture of Robert the super haunted doll without his permission, so Robert got his revenge on Hanks by drying up his accolades. Because who better to understand the need for recognition most actors thrive on but a haunted, murderous doll? Maybe Hanks pissed off a leprechaun when he refused to let it mend his shoes, and as a result, got cursed? These are all plausible and probable explanations, but they’re not the only thing that could have happened.

Next up comes the other kind of curses. Maybe Hanks didn’t do anything to any thing, and instead, someone wished ill will on him for their own time to shine. All I’m saying is—Hanks’ career seems to be on an upswing ever since Daniel Day-Lewis announced his own retirement. If you think I am insinuating that Lewis made a deal with an Unseelie source in order to gain his own recognition, then, friend … I think you and I could be trivia partners one day because you’re very perceptive and smart.

I’ve laid out some very real possibilities for you above, but ultimately I think what is most likely at play here is very obvious. Tom Hanks, unlike a lot of Hollywood, wasn’t in the Twilight Saga, and as a result, was cursed for a time to not get any professional success until one of the cast members finally won an Oscar, which Rami Malek did last year. It’s so obvious, right?

“But, Kate…others have won awards since Twilight was released in 2008, and they weren’t a part of that epic movie series!” you might be thinking, and sure—others have. You need to wake up and smell the loch ness. Do you really think success in Hollywood comes from hard work and talent? Absolutely not. It comes from warlocks, magical charms, and being friendly with the fae folk. Tom Hanks clearly lost all of his fae protection (maybe Robert the murderous haunted doll had a part to play in this after all?) and when the Twilight curse hit him, he had no recourse from it but to wait…and wait he did. He really should be sending Rami Malek a fruit basket or something.

Anyway, Tom Hanks can rejoice. The curse has been lifted, and he can resume getting award nominations because he’s a likable white dude and not a director who is also a woman.

The balance, for Hanks at least, has been restored.

← Aidy Bryant's Definitely 'Got This' in the 'Shrill' Season 2 Trailer | Is Jojo Siwa's New House Haunted? →