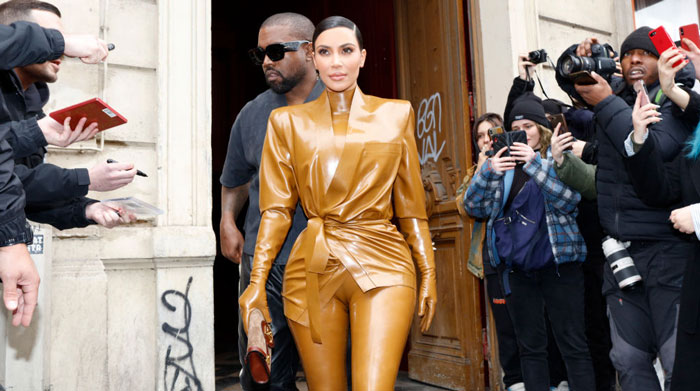 Walking down the street where I live, I might come across a squirrel, pigeon, or a pug out for a walk with its owner. When Kim Kardashian West goes for walks on her block, she comes across free-roaming lobster. At least, that’s what she thinks.

The reality TV star posted a curious vid to Twitter, proclaiming, “Just confused how a lobster is walking on my street in Calabasas! What is happening?!?!?!”

Just confused how a lobster is walking on my street in Calabasas! What is happening?!?!?! pic.twitter.com/h5cy1IzTPI

Some of us might start imagining a scenario of culinary revolt, in which a lobster snaps back at those who would steam him alive and eat his innards. Now, he’s stalking the streets of a posh neighborhood to strike at the ankles of the wealthy who made feasts of his friends and family!

However, if you’re actually a culinary genius who knows his shellfish, you come in to correct Kim Kardashian West. That’s exactly what celebrity chef Tom Colicchio did.

That’s a crawfish and most likely came from a pond nearby https://t.co/hT9OtxMAHs

Okay. So KKW’s lobster tweet isn’t the beginning of a creature-feature come to life. Still, dibs on the screenplay. Let’s collaborate. Pitch your titles for a lobster-themed horror movie.